As part of the Friday programming for WonderCon in Anaheim, room 207 was packed for the presentation “Frozen: Art of the Story.”

In the panel description, attendees were promised “a behind-the-scenes look at how the art of story was created for Walt Disney Animation Studios’ Academy Award winning animated film, Frozen. The artists will showcase several sequences including ‘Let it Go’ and talk about how the craft of story impacts the animated filmmaking process.”

There is no doubt that the popularity of Frozen drew people into the panel room. With the film long since crossing the billion dollar mark at the box office, Frozen has enjoyed wide spread admiration from Disney and animation fans. The success of the film has increased an interest in all things related to the film and any panel on Frozen was sure to be a packed house. It was wonderful to see the story artists having their moment in the spotlight.

Early in the panel, Jeff Ranjo said “We are the unsung heroes; nobody knows who we are.” So what exactly does a storyboard artist do and how does that fit in with the overall production process for an animated film? Accomplished story artist and author Francis Glebas felt that this short tale described it best:

“There was once a new animation producer who wanted to know everyone’s job on her show. The writer wrote what happened. The animators made the drawings move. The background artists painted settings in beautiful colors.

When she came to the storyboard artist, she found he was mute, and couldn’t speak. She asked what he did and he drew a series of pictures. Each one showed a clear gesture drawing dashed off with zen-like simplicity.

The drawings depicted characters struggling to fulfill their wishes, fumbling along the way. The storyboard artist inventively created evocative images that rivaled any writer’s bag of rhetorical tricks. The drawings evoked expectations, tensions, hopes and fears. The producer looked at them in sequence and smiled, laughed, felt compassion and even cried a little. When the last drawings were drawn she felt surprised and satisfied. She warmly thanked the story artist.”

During the WonderCon panel, the speakers each tried to describe in thirty seconds what a storyboard artist does. Fawn Veerasunthorn used the word “translate” and Jeff Ranjo called themselves “architects.” Another explanation suggested that storyboard artists manipulate the audience into feeling what they should feel at the right moment, which is what the short story by Francis Glebas implies.

This crucial role in animation is responsible for mapping out the film script into visual form. They take text, and figure out every key moment, breaking it down into a visual outline, which plays for the full length of a film or television episode depending on what is being animated. These storyboard works, once approved, go to the animators to be drawn in the uniform style of the film being produced.

If you would like to see beautiful examples of storyboards for scenes which can then be compare to the finished sequence in the film, go to Francis Glebas’ website listed at the end of this article. His work credits include Aladdin and Pocahontas for Disney and Blue Sky Studio’s Rio, among others. Scroll through his art of the final scenes of Pocahontas storyboarded with the film playing simultaneously (available on instant streaming with Netflix) to compare the timing and composition of each frame.

Attendees at the WonderCon panel were treated to visual walk-throughs of the scenes from Frozen where the Trolls are first introduced, where Anna asks Elsa for permission to marry Hans, where Olaf sings In Summer and, as promised, the sequence for “Let it Go.” Particularly delightful were the artists giving their notes on what they were trying to achieve in each moment and noting elements cut from final film. When the storyboards were played side-by-side with the final scenes, the little details stood out. During “In Summer”, Olaf was conceived as wearing a straw hat, which didn’t make it into the final film. He was also holding a snow globe, which was removed from the final film.

During the original “Let it Go” storyboard sequence, Elsa built Olaf earlier and was slower to build the stairs to her ice castle and slower to throw away her crown. These changes are minor, but show the film making process. There are edits and refinements applied to an animated work before it is completed.

When examining storyboards from a critical standpoint, individual artist styles can be clearly seen. Uniformity is not necessary at this stage of animation. “You can draw the way you do without being penalized for it,” a panelist said. Individual artists will work on specific scenes or multiple artists will collaborate on the same scene. In this way, storyboard artists are able to express their individual artistic talent. How then can more people see and appreciate the art of these “unsung heroes”?

The “Art of” books, which have been published more regularly to accompany each animated film as it is released in cinemas, include storyboard art. Continuing with the Frozen theme, The Art of Disney Frozen published storyboard art from each of the artists on the WonderCon panel and others.

The annual Annie Awards, presented by the Hollywood chapter of the International Animated Film Society (ASIFA), include as award categories Outstanding Achievement, Storyboarding in an Animated TV/Broadcast Production and Outstanding Achievement, Storyboarding in an Animated Feature Production. Check the nominee list for an idea of who the leading artists are in any given year.

I hope that this article will encourage you to pay closer attention during the end credits of your favorite animated film to learn who the artists are, and inspire you to look up their portfolios online. These talented artists are always hard at work behind the scenes, striving to visualize the stories you love! 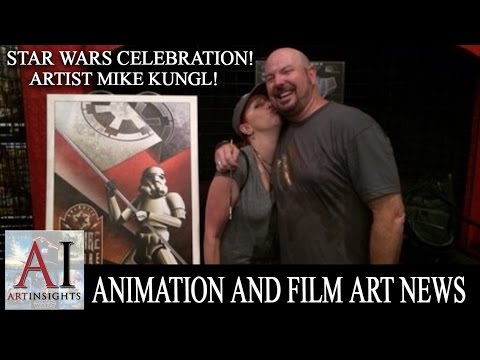