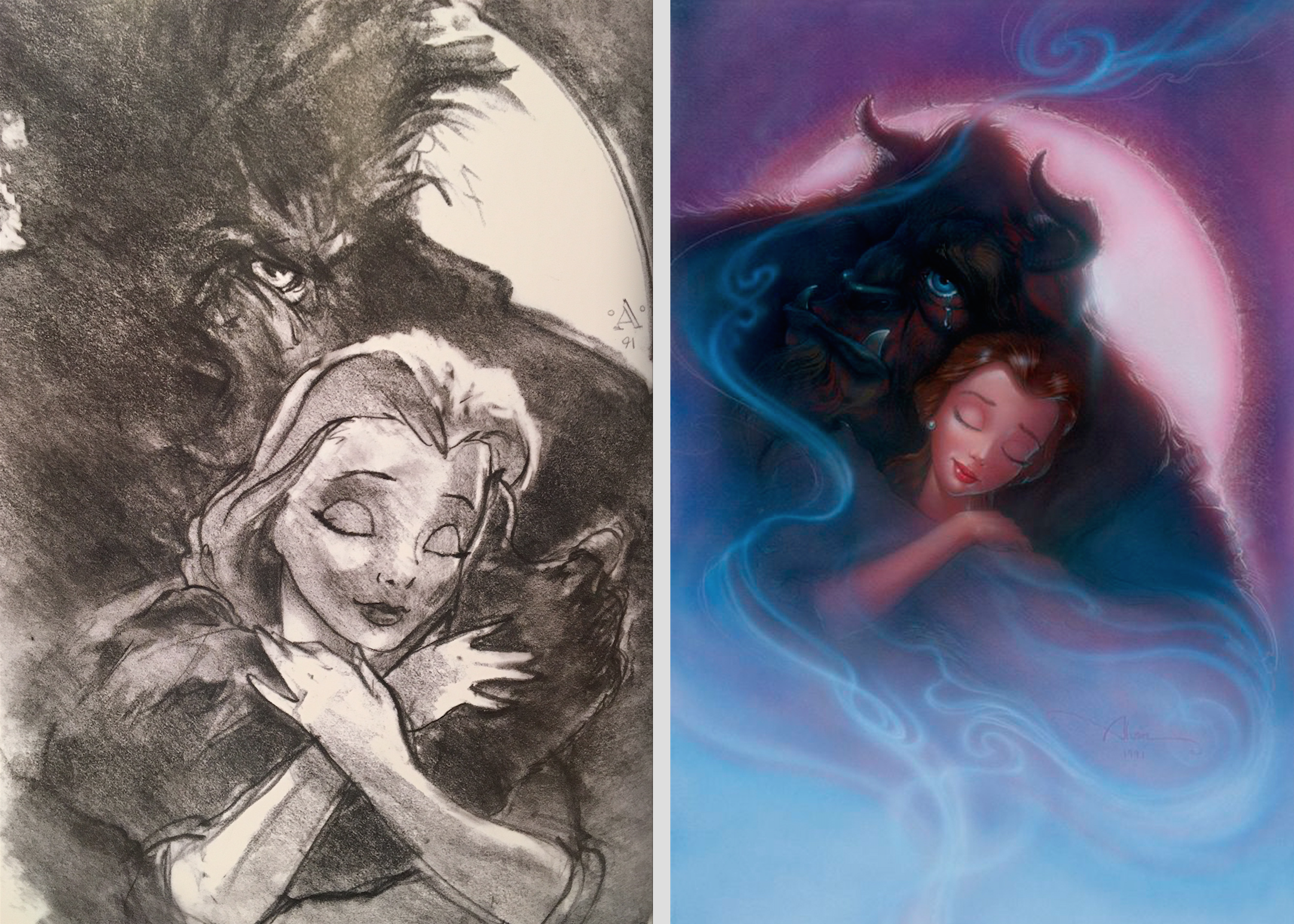 September 20th is the release of the 25th Anniversary Edition of Beauty and the Beast on blu-ray, as part of the 25th anniversary of the film.  There have been some great commemorations, the latest of which included a heartwarming rendition of the song Beauty and the Beast sung by Angela Lansbury, who still has that star quality at age 90. There should be, as part of the nostalgia and celebration, a inclusion of the work of John Alvin on the captivating and memorable movie poster he created for the adult movie campaign.

John Alvin had only worked on one Disney movie before Beauty and the Beast, which was Rescuers Down Under.  His input was limited on that project, but was subsequently brought onto the new film to work with Fred Tio, who had recently moved to Disney from Warner Brothers.  John had always loved Disney and according to his wife Andrea was thrilled to be asked to help in creating a new advertising strategy for their animated films.

Disney wanted to create a poster specifically geared to the adults who might be interested in seeing the newest feature. To quote Andrea from her book “The Art of John Alvin”, “Other illustrators could do a montage of characters, but John’s ability to create an iconic image with a sense of atmosphere and mystery was unique and that is why he was selected for this project.”

It was actually Fred Tio who first coined the word “Alvin-esque” to describe the style unique to the artist that John himself called “the promise of a great experience”. Again, from the book, Tio is quoted as saying, “John always brought this magical, almost romantic quality to his work,” Tio added. “His sense of light and capturing a moment was spectacular… Not only was he a great illustrator, he was a great thinker. He was so passionate about his craft.”

About the actual work of creating the poster, here is an excerpt reprinted with Andrea Alvin’s permission: 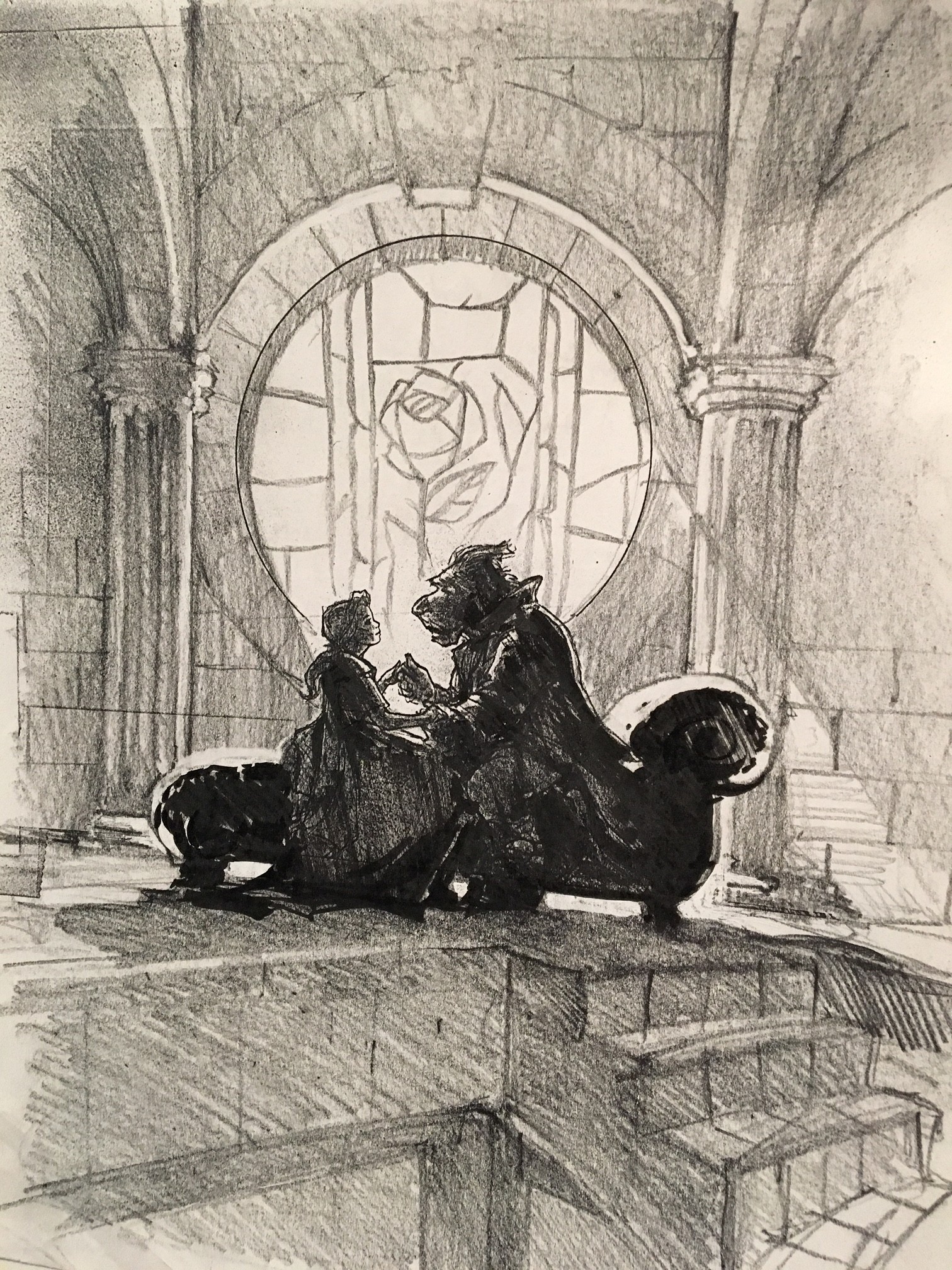 “There were many concept sketches done of the two main characters in various settings and poses, both by the staff at Disney and by John. John’s method of working on this aspect of a job was to do very rough thumbnails of various ideas. From that point he would do a larger sketch, around 8.5 x 11 inches, with more attention to detail and composition. He would then move on to color sketches and color comps.

John did not do too many small color comps on this film. Instead, he did several medium size paintings as color comps and at least two paintings that would be considered finishes. One was the couple dancing in front of a stained glass window featuring a rose, and the other was an image of the couple bathed in an ethereal light. The second was the image used on the one-sheet.

The poster was done before the film was complete and the characters were not completely finalized when John started painting. That was one of the reasons to have them in somewhat of a silhouette. His technique to create the mood was to begin with a dark background and bring the subjects into the light. He applied the paint with an airbrush, building his paint in transparent layers, similar to a watercolorist. Most airbrush artists use a number of elaborate friskets or masks to protect the areas they don’t want painted at that time. However, John felt that light didn’t have hard edges, and so his painting shouldn’t really have hard edges. It was a game for him to see how few friskets he could use in a piece of finished art. He was fascinated by what he called “heavy light”—the light Steven Spielberg had used in E.T. and Close Encounters of the Third Kind. That was the look he was trying to emulate in the Beauty and the Beast art.

The final piece was a hit and John was very pleased with it. The printers had some difficulty reproducing the magentas in the art, but in the end did a beautiful job. It was the beginning of a long and successful relationship with Disney feature animation.”

With all the more recent images released by companies like Mondo and the like, it’s hard to imagine a time when traditionally illustrated art was still king, and the imagery by one artist was put into widespread use to promote the film and actually influenced its success, but such is the case with John Alvin and his image for Beauty and the Beast.  We’re glad this beloved Disney blockbuster is part of his legacy, and that his poster  for it will always be an important part of the history of film.

You can buy The Art of John Alvin by Andrea Alvin on Amazon HERE. You can also see all of John’s work for sale as well as an interview with the artist, HERE. 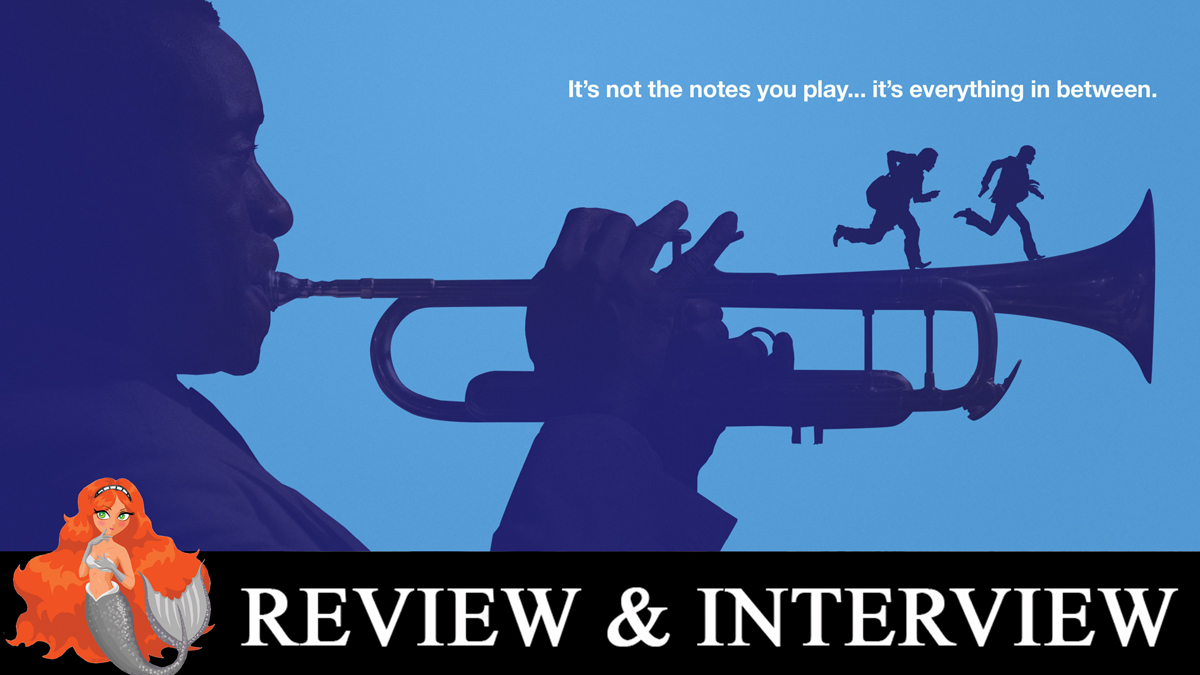 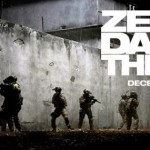