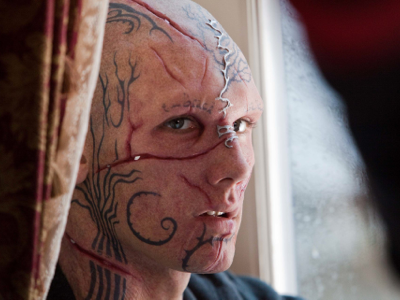 I’m an eternal optimist. When i go see a new movie I always hope for the best, hope for the hundreds of people it takes to create a film, including the actors, editors, writers, producers, and production crew who partnered on the journey to make cinematic history or even just a good diversion, that all that work, that belief in a project, doesn’t go the way of Rhinestone, or Pluto Nash, or Ishtar.

The now unfortunately named Beastly isn’t quite that awful. One of the first offerings made to capitalize on the colossal success of the Twilight movies, it is based on the book of the same name by Alex Flinn, which is a teen novelized retelling of Beauty and the Beast. The director Daniel Barnz also wrote the screenplay, and since one of the movie’s biggest failings is its script, the quality buck stops right at Barnz’s big wooden cliche ridden door.

I had high hopes for lead Alex Pettyfer earlier in his young career, but this movie and I Am Number 4 don’t bode well for his expansion as an actor. Dude, your acting teacher is calling, he says either work harder or don’t tell anyone you work with him. Perhaps you can go back to modeling, those abs are rock hard!

The plot is largely as expected…Kyle is a gorgeous and wealthy ubercreep highschooler raised by his equally shallow dad to believe only surface matters. He treats most everyone with his trained distain, and mouths off to a witchy fashionista who subsequently curses him to a year of supposed hideousness only counteracted by the words “I love you” said by someone who loves him for his inner beauty. So far so not so bad, except we’re force-fed this retread by lead actor Pettyfer with such clunk and vapidness, my attention faltered every time he put his shirt on. The character design when he is transformed is underwhelming and begs the question, is he Beastly or a new member of the Beastie Boys? His hip tats, baldness and facial damage is scant reason for repulsion. He looks more like a platinum selling lead singer in a Screamo band. Vanessa Hudgens, as his romantic co-star is charming enough to compensate somewhat for Alex’s lack of screen presence. The way the script gets her into his daily personal orbit in the sequestered New York riverfront brownstone his embarrassed looks-centric father has sealed him in, however, is so laughable, it loses a significant portion of the audience in the process.

Oh well, at least we have Neil Patrick Harris as Kyle’s blind wiseass tutor, and true to form, NPH shines in his too few moments onscreen. 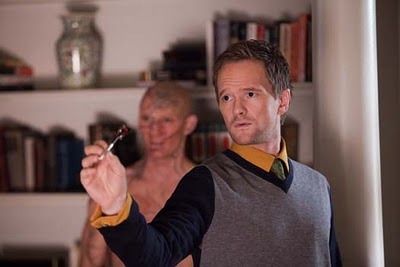 Early on in the movie, Kendra, the goth-girl/witch whom Kyle calls a “frankenskank”, alters part of his smarmy school election speech from “Don’t Embrace the Suck” to “Embrace the Suck” when in his transformation, the words “Embrace” and “Suck” are tattooed on his eyebrows… If you are really looking for a mild diversion of a teen mopeflick, that clearly suffers from “TTHTBH” (Trying too hard to be hip), you too could embrace the suck.

There are also some very sweet moments between the two leads, and a lovely (albeit all too expected) montage of them falling for one another that sticks out as almost nice enough and reason enough to see the movie.

If you teenagers want a gorgeous interpretation of Beauty and the Beast you may not have yet seen, try the 1946 tripped out classic of that name by Jean Cocteau. If you want pretty and tortured, try 1955’s Rebel Without a Cause. If you want magic and hot, there’s always the tv shows Supernatural, Angel, and Smallville. That ought to keep you busy until the next Twilight comes out. Or you can see this. It really isn’t quite that awful. It’s just beastly. 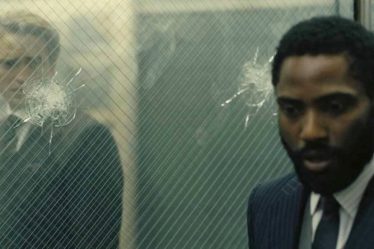