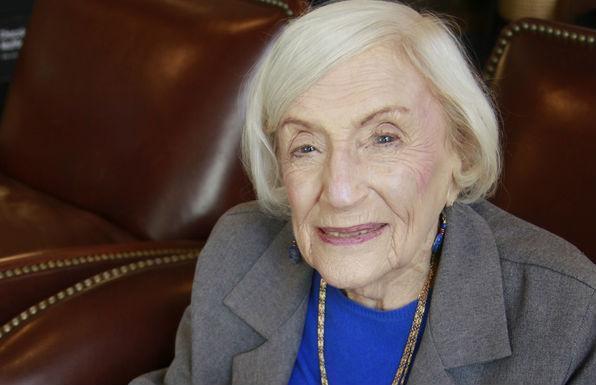 For decades after the war, Marthe Huffnung Cohn, the subject of Nicola Alice Hens’s documentary Chichinette: The Accidental Spy, didn’t talk about her experience as a Holocaust survivor and Nazi fighter during World War II. “People want to talk about the future, not the past”, says the 90-something diminutive powerhouse of energy. It was only recently that she started touring around the world, talking about her role as part of the Intelligence Service for the French army, in helping shift the tide for Allied forces and rescuing at-risk Jews in and around Metz, France. Co-author of a book called Behind Enemy Lines: the True Story of a French Jewish Spy in Nazi Germany, Cohn retells parts her life leading up to the war, and honestly speaks about her feelings of guilt when her best friend and sister Stephanie was deported to Auschwitz and her husband was executed for working with the French Resistance.

For the complete review go to the AWFJ site HERE.