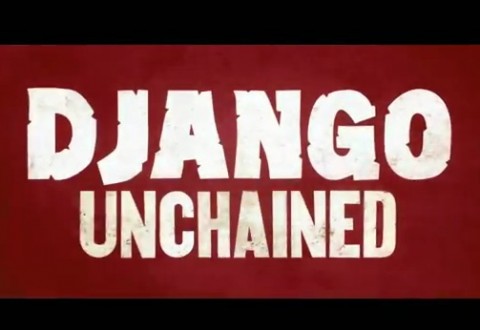 If at this point in the season, dear reader, you are still hankering for Hallmark holiday rom-coms or your umpteenth viewing of “Rudy”, let me suggest you give this review nothing more than a scan and toss away any thoughts of seeing Quentin Tarantino’s latest.

If however, you passed the worst dysfunctional family holiday in recent memory, “Django Unchained,” the spectacularly politically incorrect and beautifully acted mash-up of revenge fantasy and spaghetti Western may be the perfect antidote. If you are a fan of the director’s work, able to quote the lawn storage line from Pulp Fiction, run—don’t walk—to your nearest theatre. You’ll be talking about this movie for months to come.

I can’t see why anyone is remotely surprised at Tarantino pushing the edges of propriety in his attempts to create a valuable addition to his directorial oeuvre. It wouldn’t fit in with “Inglorious Basterds,” “Kill Bill” and “Pulp Fiction” any other way. Quentin wouldn’t be Quentin if he gave a rat’s patootie about offending anyone. Those of us who appreciate his work are generally glad he has little to no inner censor. In this story of Django, a slave-turned-bounty hunter tracking down a brutal plantation owner to rescue his wife Broomhilda, he threw down the gauntlet to even his biggest fans. 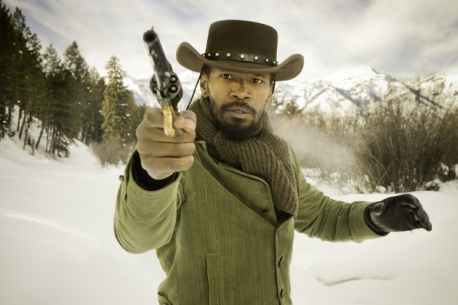 There is such liberal use of the n-word, a meter should be keeping track at the bottom corner of the screen. While they’re at it, they should add a bullet count with a special sidebar for bullets shot into dead bodies. Perhaps also a side meter that gauges the height of blood sprays? You get the picture.

The movie starts so modestly. There is a bit of carnage, sure, but nothing like what we’re used to. The audience is lulled into a state of contentment as we enjoy every pithy pointed line delivered by dentist turned bounty hunter Christoph Waltz in his clipped accent. His timing is beyond compare.

Waltz has a way of being flamboyant and staid at the same time that makes him mesmerizing to watch. He is so good, there is barely room for others onscreen. Watch Jamie Foxx, who does a perfectly fine job as the title character, trying to keep up. 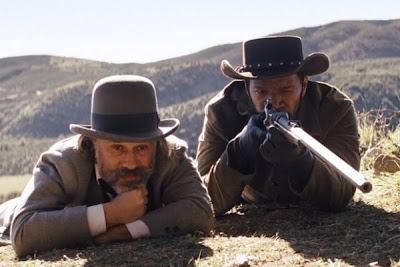 The movie really takes off into the wacky world of Tarantino when Django and Dr. Schultz (Waltz) track Broomhilda to Candyland, the notorious plantation owned by puffed up, pretentious, and terrifying Calvin Candie. As Candie, Leonardo DiCaprio has a scene worth the price of admission, made famous by the fact that he cuts his hand badly during a take and improvises through it, picking glass pieces out and bleeding all over the place, using it to heighten the scene’s tension. 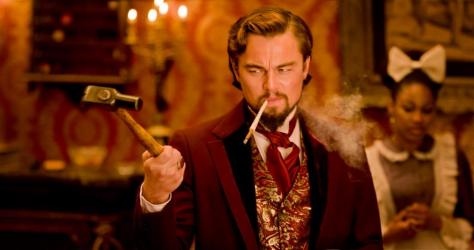 Were it not for the spoilers of Phillip Seymour Hoffman for The Master and Tommy Lee Jones for Lincoln, Leo might have a clear path for the Oscars. He has already won Best Supporting Actor this year from the National Board of Review. 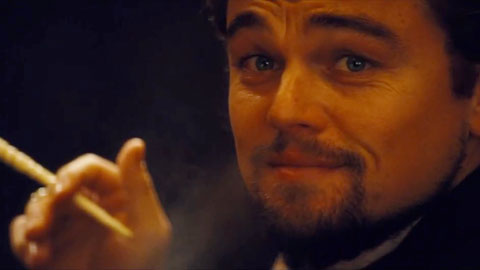 The third part of the movie is awash in blood and violence. What starts out seeming the least bloody by Tarantino, ends up winning by a mile, or if you prefer, by several exploding heads. There are folks beating each other to death for sport, slow motion revenge killings, protracted shoot outs, all that spray blood and guts across the screen. There are more splayed fingers shooting up in the audience than I see at a Jason Voorhees flick. One scene in particular would challenge even his most jaded fan, wherein a man is torn apart by dogs. Is Tarantino playing one-upsmanship with his own farthest over the top reaches of ultra violence?

Why, you less initiated might ask, would anyone put themselves through watching this kind of movie? Much has been made of how disrespectful the film is being about slavery. I would argue, as, I suspect, would the director, there will not be a time in the foreseeable future when the subject matter will be able to be tackled in any way without causing offense. Tarantino’s answer, as it was in “Inglorious Basterds,” is to go so far that the movie will have to cause some dialogue. If it does that at the same time as entertain through his unique talent for screenwriting, he will have done something to affect society, while at the same time paying homage to important yet often overlooked genres in film history.

Those of you who are curious: Go and decide for yourself. Watching “Django Unchained” may be challenging, but to Cinema Siren at least, it’s worth it. 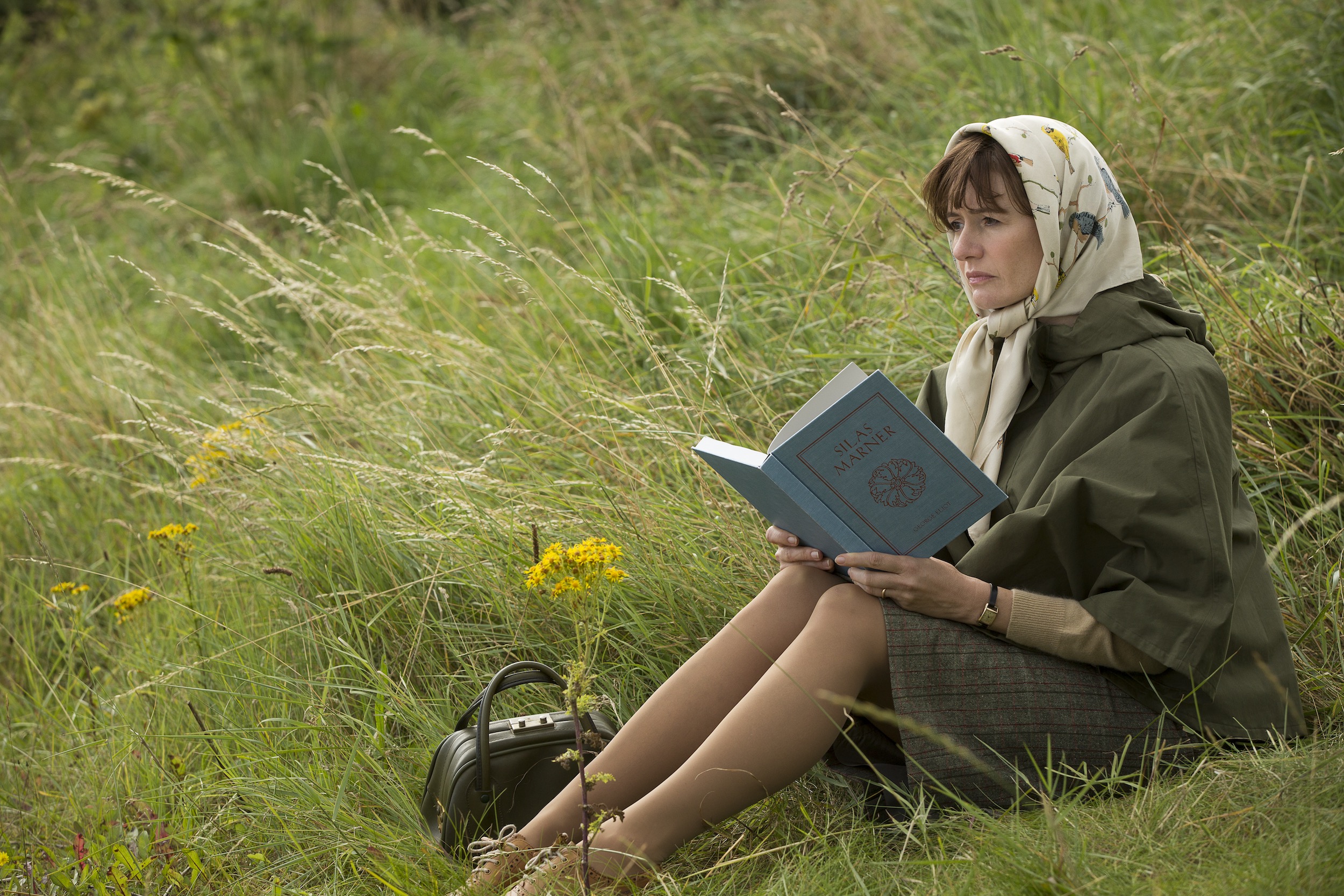