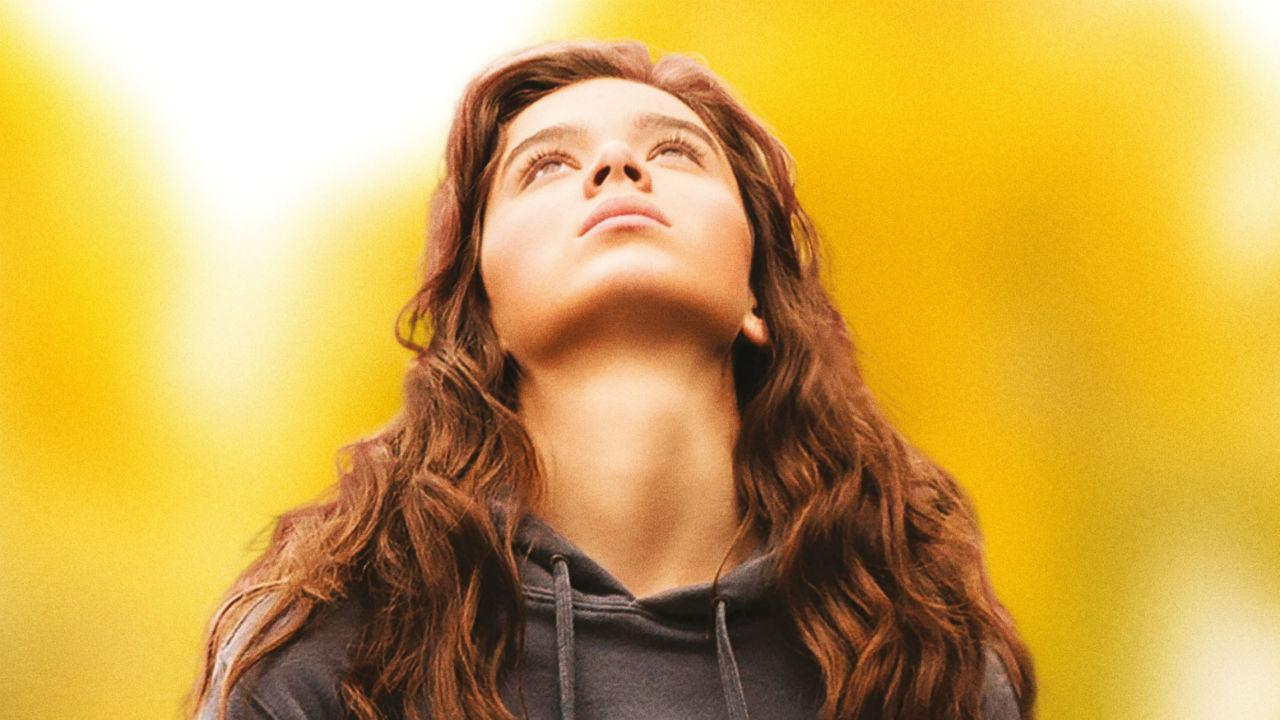 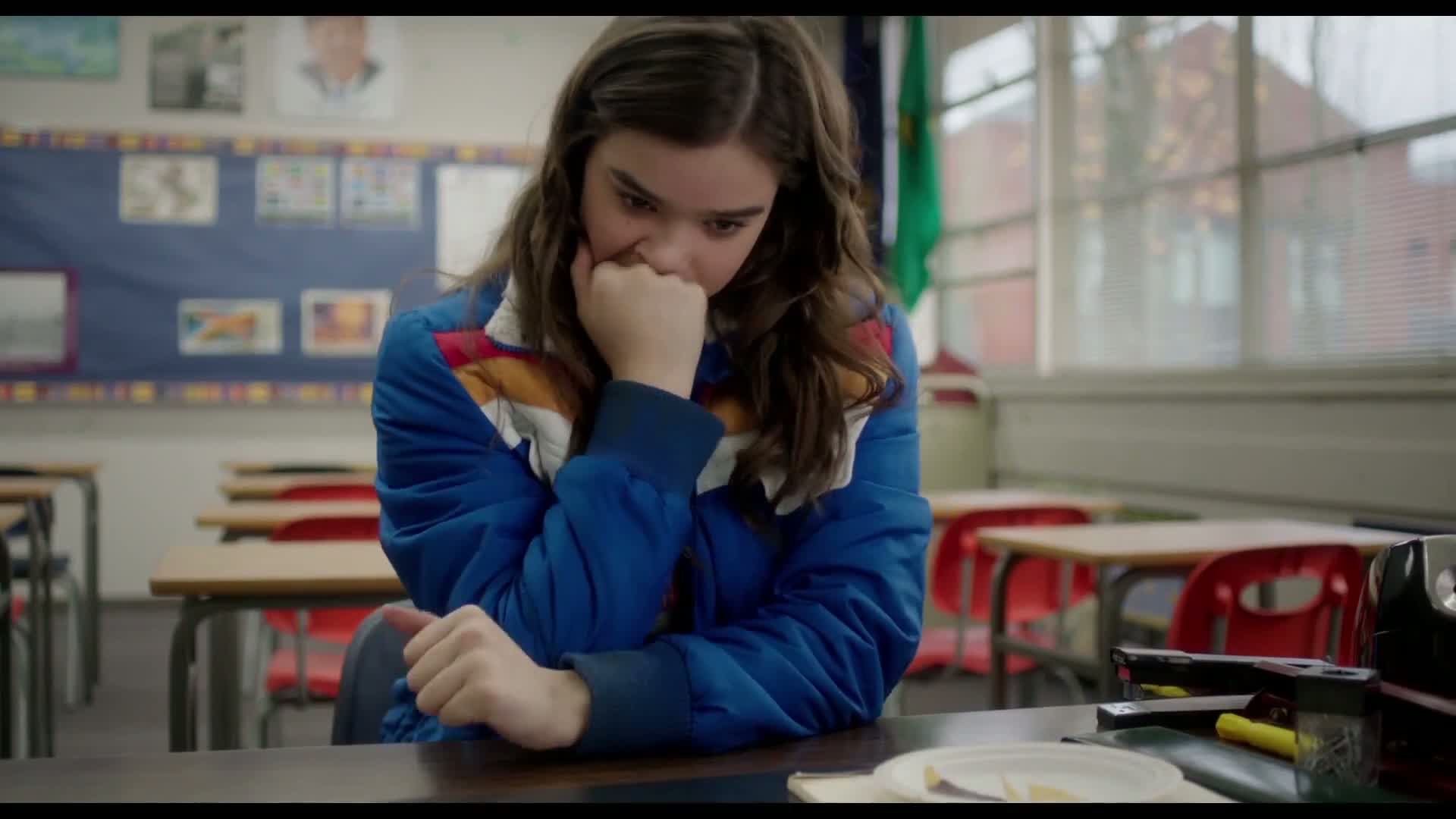 If any of you people have more than five years in the rearview mirror of leaving yourself at seventeen behind, let me remind you.  It isn’t any kind of fun.  I mean, Janis Ian’s song says it all.  In case you’d like a refresher, this week’s release THE EDGE OF SEVENTEEN is ready and able to take you back to the discomfort, awkwardness, and heartbreak of being a late teen.  Gratefully, the film does it with the kind of humor, authenticity, and quirkiness that probably got us all through being that age in the first place.

First time feature film director Kelly Fremon Craig helms this angsty, coming-of-age dramedy from her own script. When asked what inspired her, she said, “I started this project in an effort to try to capture this particular age and generation as truthfully as I could, and with a respect for the complexity and messiness of it all.  Passing from youth to adulthood is intense and terrifying and beautiful, and in many ways the experience of anyone, any age, shedding their old self and becoming new.  I wanted to explore that.”

Central to that exploration is lead character Nadine, who is played by Oscar-nominated Hailee Steinfeld.  She did so while she herself was still a teen.  Nadine, who offers insights via voice narration, has been getting steadily more awkward since elementary school, but is buoyed by her steadfast best friend Krista (Haley Lu Richardson of the indie horror film THE LAST SURVIVORS).  When Krista starts dating Nadine’s popular brother Darian (Blake Jenner of EVERYBODY WANTS SOME!!), her life starts to completely unravel.  It doesn’t help that both Nadine and her brother have to play parent to their single mom, Mona (Kyra Sedgwick, vying for the “Most Negligent, Self-Indulgent Parent Award”).  One bright spot in her life is her teacher Mr. Bruner (Woody Harrelson), who listens to her daily dramas and plays the surrogate parent and voice of reason she sorely lacks.

Right here, I’d like to supply a trigger warning, however politically correct that may seem.  As someone who lost their parent to cancer as a teen, and someone who knows a number of friends who lost their dad to heart attacks, I’d like to mention that Nadine’s beloved father does indeed die of a heart attack in from of her early in the film.  That experience informs her perception of the world, as well as her relationship with her brother and mother.  It isn’t a long scene, but I like to make sure those of you with a history of parental loss, however distant or recent, are aware and prepared for that part of the story.

Nadine makes a lot of mistakes.  She sometimes sees the entire world as adversarial, and as such tends to, metaphorically speaking, shoot herself in the foot.  A lot.  However, almost all the scenes, however dark, are written and acted to show at least some humor.  The audience can laugh at the tragicomic aspects with which many can commiserate.

Hailee Steinfeld herself should be a major draw for of THE EDGE OF SEVENTEEN, because she brings an authenticity to her character, and the situations Nadine finds herself in that pulls viewers of every age completely to her side.  Even when she is making very bad choices, the script and her portrayal will have us rooting for her to survive the embarrassment, or actual physical danger, and learn from it.  By the time she makes her biggest mistake, we are so fully with her, so on her team, the audience will have to overcome a visceral desire to scream a warning at the screen.  We want her to be happy.  That’s the great partnership of Steinfeld as lead actress and writer/director Fremon Craig at work.  Co-stars Haley Lu Richardson and Blake Jenner also have the opportunity to show why they are both stars on the rise.  Woody Harrelson seems to elevate all the films he’s in, regardless of the genre or the character he plays.  As the cynical, yet compassionate teacher Mr. Bruner, Harrelson portrays the sort of role model that may seem a throwaway, but represents someone that many can point to from their teen years as having made the difference between survival and suicide.

Technology plays an important part in THE EDGE OF SEVENTEEN, as it should.  It’s telling the story of gaining some of the wisdom of adulthood at a time when social media can make or break you.  Its part in how teenagers interact and grow wiser in today’s world aside, some things about becoming an adult never change. The first experience of loss, of heartache, first love, alienation, finding your tribe, making mistakes and admitting them, the standing up for yourself, or not standing for yourself or others, and what that means, these are universal, unchanging aspects of coming-of-age.  That’s what makes THE EDGE OF SEVENTEEN worth seeing again and again, much like other examples of teens navigating the dark waters towards the shore of adulthood now seen as classics of the genre.  We want to see them grow, because we’ve all been there.  Oh Nadine, we have so been there.

Hollywood insider James L. Brooks was convinced to become one of the producers of the film when Fremon Craig said “No one will ever work harder than I do”.  This is something heard a lot from women both above and below the line in the film industry.  Women work harder.  Regardless of the success or failure of a film, or even if a film ultimately gets made that’s the rallying cry of so many women in film.  it’s a wonderful thing, then, that THE EDGE OF SEVENTEEN promises to become, for many, a new favorite film. 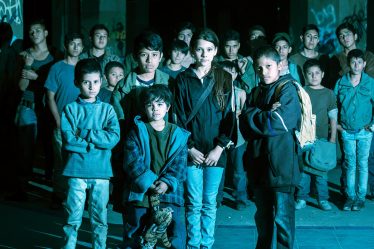 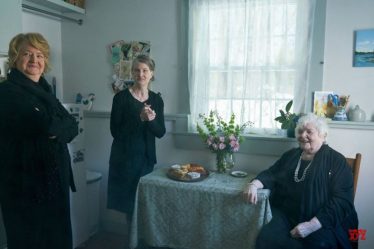