GOOD GODZILLA: This monster movie is a must-see for fans 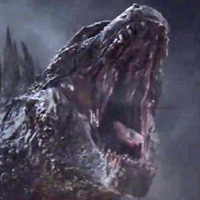 It takes lots of guts to do a reboot of a franchise that has such a protective cult following and whose recent interpretation by director Roland Emmerich was such a horribly botched affair.  2014’s Godzilla is being released by Legendary Pictures, the baby kaiju studio founded in 2000 that co-produces and co-finances with the monster that is Warner Brothers.  They deserve all due respect for taking on such a colossus and releasing Godzilla one week before an X-Men movie.  It’s like they are looking to parallel the creatures beating each other on film in their own: “Tentpole Terror: Battle of the Blockbusters.”
There is much to lose or gain with this Godzilla. It is only the second to be fully filmed by an American studio, the first being Emmerich’s much maligned 1998 release.  Legendary acquired the rights from Japanese studio Toho, which released the first Godzilla movie in 1954.  Toho will be distributing the film in Japan.  Of the project, chairman of Legendary Pictures Thomas Tull said, “We intend to do justice to those essential elements that have allowed this character to remain as pop culturally relevant for as long as it has.”  With only one small budget film, 2010’s Monsters, to his credit, has English director Gareth Edwards chomped off more than he can chew?
Gaps in plot logic and inconsistent character development aside, Godzilla delivers substantial entertainment, bringing a surprising amount of emotional weight and a level of cinematic artistry that will surely make Toho proud.  The script is the only negative, bringing down but not destroying what could have been one of the best action films of the year.

Joe Brody (Bryan Cranston) works at a nuclear reactor in Tokyo, where he lives with his scientist wife (Juliette Binoche) and loving preteen son.  He discovers a consistent pulse that he suspects is a danger to millions, but before he can figure out the source, tragedy strikes.  15 years later, his son Ford (Aaron Taylor-Johnson) has to come to Japan from his recent return to his own wife (Elizabeth Olsen) and child in San Francisco, to bail his dad out of jail.  He has illegally entered the contaminated zone, so obsessed is he to determine what went wrong all those years ago.  It turns out, “there be dragons,” or, at least, massive unidentified terrestrial organisms (MUTOs) and something even bigger and more monstrous lurking out there causing trouble.  Monster movie requisite scientists, the ineffectual Serizawa (a wasted Ken Watanabe) and equally slack-jawed Graham (a woefully underused Sally Hawkins) know him as “Godzilla.”  The MUTOs and Godzilla proceed to tear a big hole of destruction through Japan, Hawaii, and San Francisco, while scientists, the government, and military attempt to stop them. 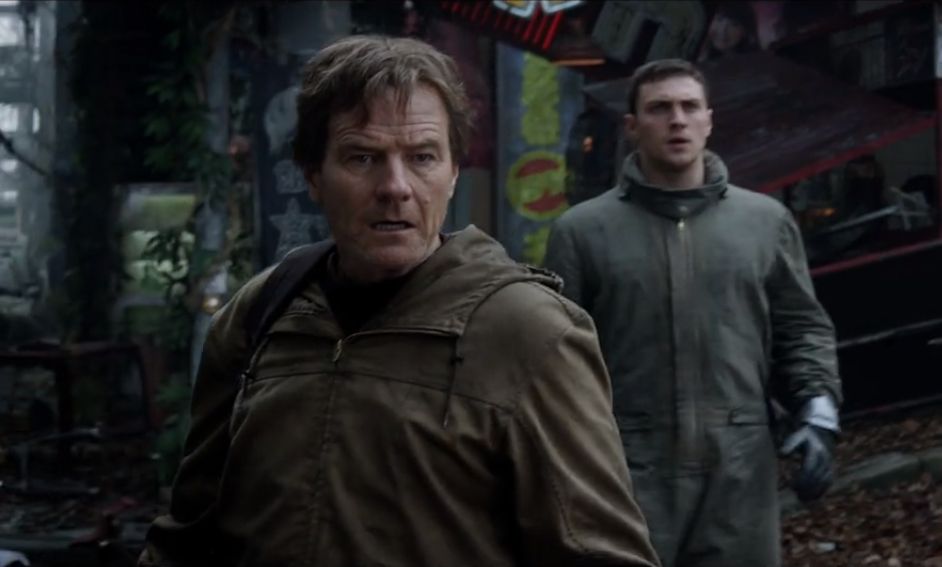 The trouble is in the inconsistent character development and emotional action.  There is a greater emphasis on it in the beginning of the film, with Cranston as Joe Brody, but subsequent characters introduced have far less dimension, and therefore less audience connection.  They become closer to the expected B-movie standbys: the stoic military hero; his wife, a nurse who worries for her family; the admiral tasked with stopping the destruction; the two scientists racing against time to solve ‘a problem like Godzilla.’  All these actors do wonders with the little they are handed to define them in the script, but we don’t care nearly as much about them as we do the monster.  Perhaps that’s as it should be, but it is what keeps a this from being a truly great movie; however, when it’s great, it’s really great.
What does save Godzilla from B-movie status to stomp with the big boys of monster movie history is the cohesive and impressive visual effects, the sound and production design, and the acting chops of Bryan Cranston.   During his pervasive emotional turmoil in the character’s all too short screen time, he reminds his fans why he can drop his needle on Malcolm In the Middle, Breaking Bad, and a monster movie with equal sincerity and thespian aplomb.  There are three scenes that show the quality of the behind the scenes artistry with greatest effect, and those remain the most resonant of the 123 minutes.  The nuclear meltdown early in the film and the design of a subsequent contaminated zone is not only believable but horrific.  The military parachute drop at night into the danger zone leading to monster hunt that is full of tension and disaster is a visual stunner.   The end sequence with the battle between monsters is worth the considerable wait and buildup.  Within it there is one fifteen second sequence that is so intense and exciting, I almost jumped up and roared. 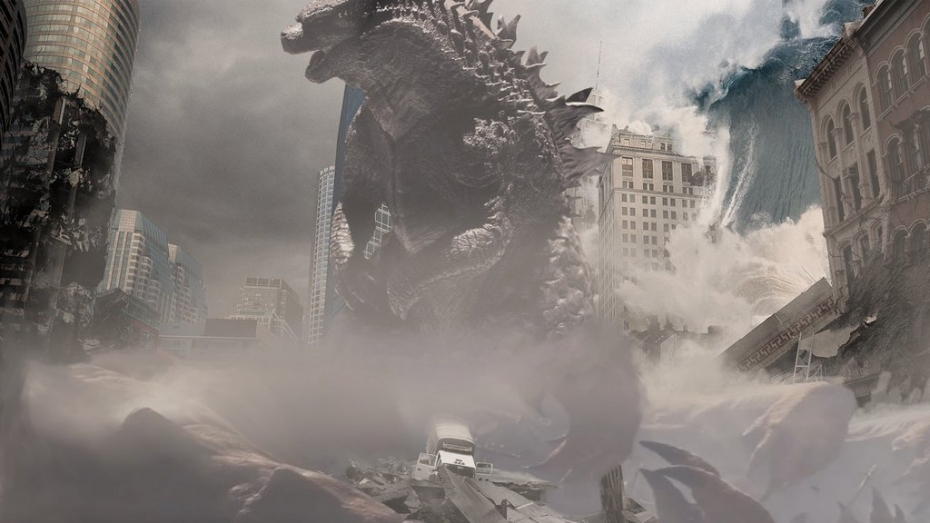 Although weaknesses keep this new film from being an instant classic, and it is unlikely to be the blockbuster that will crush X-Men or Maleficent underfoot, there are aspects to the movie, the aforementioned scenes in particular, that make Godzilla so riveting and compelling to watch, it is well worth seeing on the big screen, and soon.  Certainly fans of the iconic fire-breather will enjoy it enough to feel the ticket price was money well spent.  It is a movie that should make some (radiation) waves, so whether out of loyalty or curiosity support should be shown the first week to reflect positively at the box office.
3 out of 5 stars 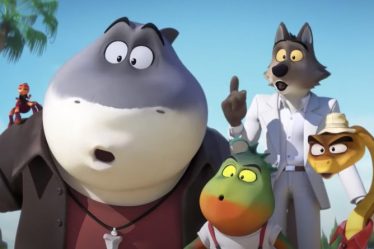