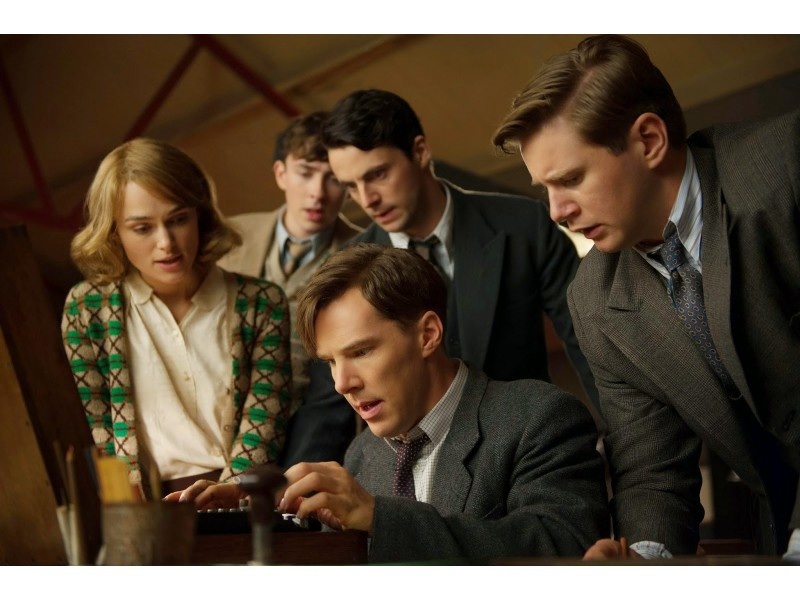 Benedict Cumberbatch and Keira Knightley shine in this gorgeous celebration of WWII genius and hero Alan Turing. Read on for Cinema Siren’s 4 1/2 of 5 star review:

Seen and heard too much of Benedict Cumberbatch this year? He’s Cumber-strange. He’s about to have a Cumber-marriage and make Cumber-babies. There’s the aforementioned moniker coined after the announcement of his starring role in Dr. Strange for Marvel, the heartbreak heard round the world that was his announced engagement to actor/director Sophie Hunter, his vocal work in The Hobbit and Penguins of Madagascar, and the internet and record breaking sellout of tickets for his return to London’s West End in Hamlet. Whatever the relative newsworthiness of Cumberbatch’s every minute movement or life event, his starring role in the new release The Imitation Game, and his portrayal of English genius mathematician and cryptanalyst Alan Turing, is genuinely worthy of widespread recognition.

Computer wizards and war historians need no introduction to Turing. Known as the father of theoretical computer science, during WW2 Turing was not someone who fought in the trenches, but he was no less a genuine war hero. Winston Churchill said that Alan Turing made the single biggest contribution to Allied victory in the war against Nazi Germany. He and his team of code breaking colleagues at Bletchley Park, the central site of the UK’s Government Code and Cypher School (GC&CS) helped crack what was considered to be an unbreakable secret code for intercepted German messages for the Enigma machine. 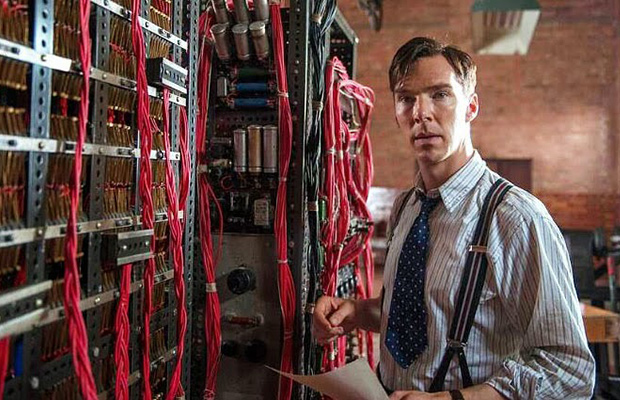 The Imitation Game, which attempts to find a storytelling balance in relating two important aspects of Turing’s life and work, is in turn inspiring, suspenseful, and heartbreaking, but always fascinating. Turing was not only a genius and ultimately a hero who channelled his genius into work that shortened the war and saved millions of would-be casualties, he was also gay. In 1952, after working tirelessly for the war effort, he was prosecuted for homosexual acts, which were still criminalized in the UK.

The tragedy and irony of this prosecution, since had his sexual orientation been made public during the war, he likely would have not been able to make his lifesaving discoveries, is an important part of his story and of English history, and is represented with delicacy by Graham Moore, who based his screenplay, which in 2011 was on the top of The Black List, a survey of the most liked screenplays not yet produced in Hollywood, on Andrew Hodges’ book “Alan Turing: The Enigma”. The screenwriter uses flashbacks to Turing’s school days, scenes of his post-war struggles, and his time at Bletchley during the war to reveal the man’s extraordinary life and one of his greatest achievements.

When I spoke to Moore, however, he said he felt it was also important as part of the script to show Turing’s quirky sense of humor, passion, and zest for life, which is in evidence and well captured by Cumberbatch, who found a way to portray the complicated, awkward, socially inept, yet compelling Turing such a way one can’t imagine anyone else pulling it off with such authenticity. Arguments abound about the over-casting of Cumberbatch in upcoming features, but certainly in this case he validates Hollywood’s current obsession with him. 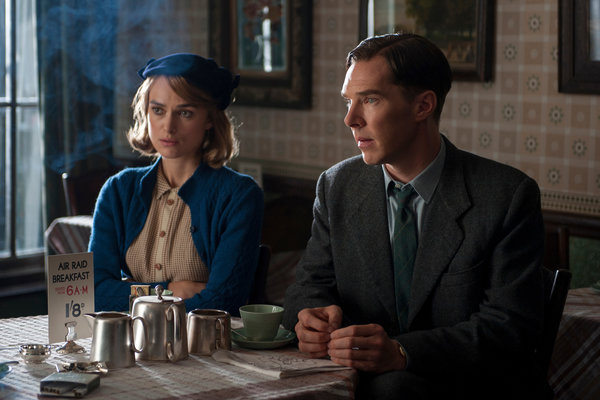 Keira Knightley scores a role of a lifetime playing fellow genius Joan Clarke, Turing’s longtime friend and brief fiancee. Knightley has never been better, and fans of the actress should see the film for her powerful, believable performance. Women needing inspiration from history to embrace their own unique talents can look to Clarke’s embodiment of independence and her acceptance of her own superior intellect. It is heartening to see the awards circuit giving Knightley at least the occasional recommend for Best Supporting Actress. Clearly she is competing against the ever higher standards she sets for herself.

The other costars, all of whom represent historical figures, are well cast and memorable, offering an interesting picture of the motley collection of code breakers, that range mathematicians to Chess champions, as they sweat it out together on a daily basis trying to break a code they calculate at the beginning as having many millions of potential combinations. Matthew Goode as Hugh Alexander and Allen Leech as John Cairncross in particular play important roles in not only turning the tide, of the war, but Turing’s life. Mark Strong and Charles Dance are also a welcome addition as higher-ups to whom the Bletchley team must answer.

Another aspect elevating The Imitation Game is the spectacular production design by Maria Djurkovic, known for The Hours, Vanity Fair, and Tinker Tailor Soldier Spy. She had to make “the Bombe”, the machine Turing and the team were building to crack the code look exciting. Since part of The Imitation Game was actually filmed at Bletchley Park, she was able to examine the original machine. As a note to historians, they were also able to get an original Enigma machine for use in some scenes. There are punctuated moments, la particular moment of victory, and a London bombing, for example, that are so beautifully composed yet realistic, they are almost reason enough the see the movie. The score by Alexandre Desplat, which features the London Symphony Orchestra, adds both soaring and intimate musical accompaniment to the diverse elements of the story, maintaining the emotional integrity perfectly for the scene at hand.

This is the sort of film that is both moving and educational, in the great traditional style of films like Hope and Glory, and The King’s Speech. It is watchable and entertaining but more importantly it’s a movie that reveals to the world a man who’s achievements many more should celebrate. It’s high time more people know about this extremely important figure and hero of the 20th century. 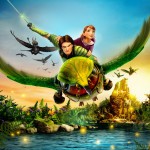 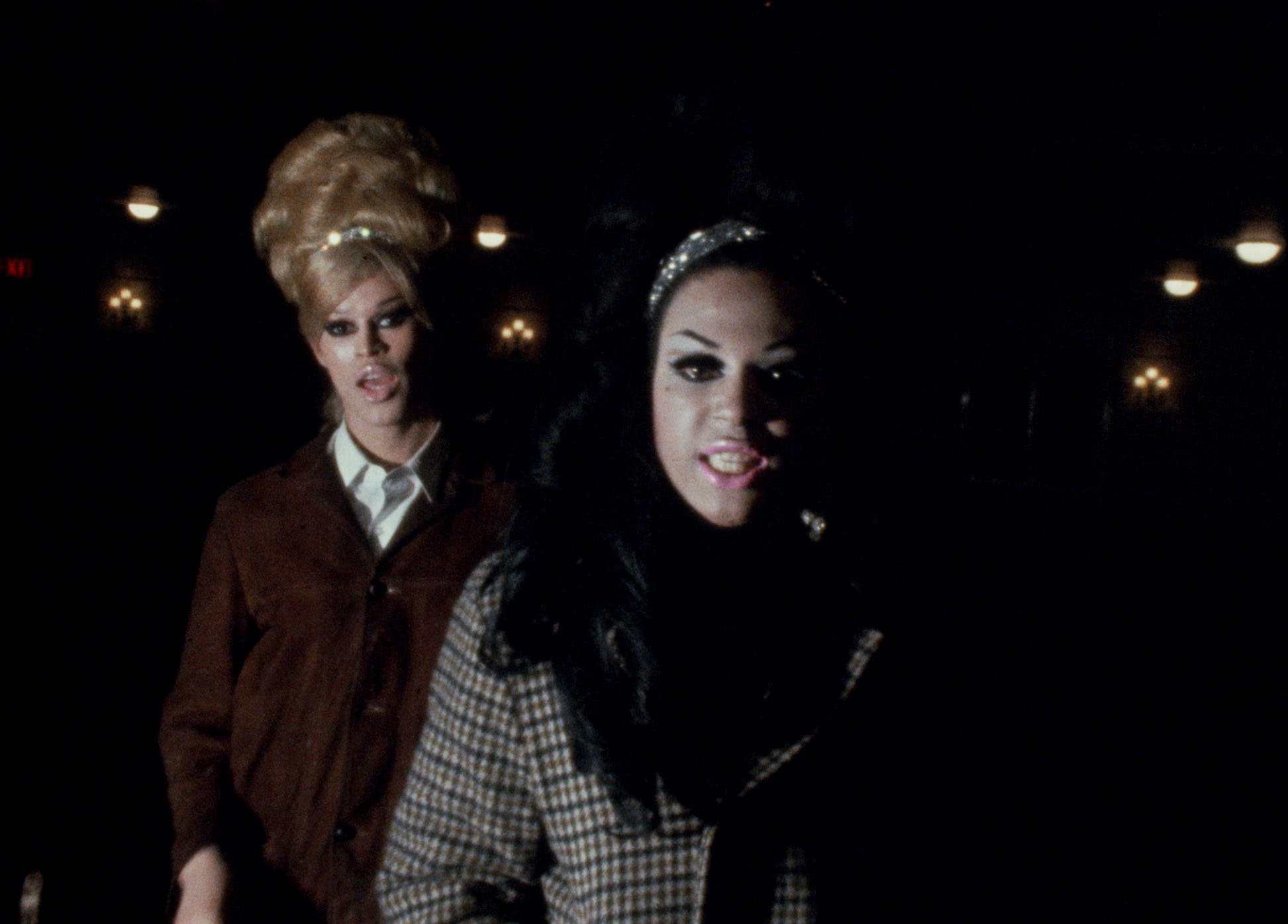