Legend of the Guardians 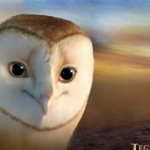 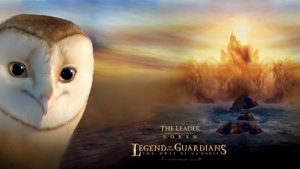 LEGEND OF THE GUARDIANS: This hero’s quest offers both fight and flight…

Shakespearean relationships, sweeping and fantastical scenery, archetypal characters embarking on a seemingly hopeless quest, epic battle scenes in a war of good against evil…all playing out with animated owls in 3D.

Leave it to Zack Snyder, who for better or worse, never shies from a cinematic challenge, to advance the look and experience of 3D film viewing with his first animated feature. Snyder aspires to financial and critical success with this adaptation of the first three books from Kathryn Lasky’s 15 book series “The Guardians of Ga’hoole”, and in many ways he exceeds expectation. Using the CG animation of Animal Logic studio, the Australian company responsible for Happy Feet who also worked on Snyder’s “300”, Legend of the Guardians emerges as an impressive step forward in 3D technology, at the same time bringing the edgy aesthetic so appreciated by his diehard comicbook geek fanbase to bear. He doesn’t so much make a children’s cartoon as an adventure fantasy children and their parents can both enjoy.

Ever since he was a tiny owlet, teen owl Soren, who is just learning to fly, has been hearing tales of the Guardians of Ga’hoole from his dad. After falling from the safety of his nest, he and his brother are kidnapped by very dark forces bent on ruling all of the owl kingdom. They are separating themselves out as “The Pure Ones” and enslaving who they see as lower lesser owls. It’s Soren’s quest, along with his ragtag team of fearless young friends and reject adult owls, to find the Guardians, who will help them “right the wrongs, defend the weak, and stand up to tyranny” currently meted out by “The Pure Ones”.

Zack snyder’s enthusiasm and passion for film is contagious, and it feeds the adult viewer’s excitement and anticipation for the intense action and darker sequences not often represented in an animated film. The visual splendor of the flight scenes and the owls in slomo “battleporn” fight scenes, which are informed by battles crafted so well in Snyder’s “300”, will entertain and impress the most jaded adult viewers. For older children and the more fearless of kids under 8, the movie messages offered here of self reliance, embracing your imagination, and trusting your inner voice for guidance (or “gizzard”, as the owls would say) are ones they may take to heart, and director Snyder no doubt has a vested interest in sharing those messages, having six children himself.

The meticulously detail given to the different species of owls would likely be appreciated by the most expert ornithologist, and the lush otherworldly backgrounds and scenery inspired by the Tasmanian wilderness could qualify as the new 1 & 1/2 hour marketing campaign, “Travel Tasmania!”. Every feather fluff, talon stretch, and flapped wing mixes a visual realism with a fantastical environmental backdrop that draws in the viewer to make the hero’s quest dressed in feathers, the idea of talking owls wearing armor, of good against evil battling for power in the owl kingdom, an experience they can relate to, believe in and sink their talons into… 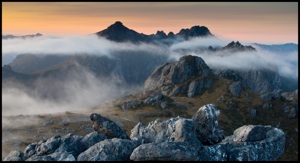 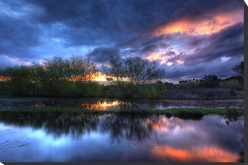 The dream cast could fill a room with their combined Oscars, Emmys, and other awards and are reason enough to see the film. Comic relief, emotional weight, and vocal nuance are delivered by top A list actors in Hollywood (or should I say, Australia, since much of the cast hails from there..) and include Hugo Weaving, Anthony LaPaglia, Sam Neill, Ryan Kwanten, Helen Mirren, and Geoffrey Rush. Helen Mirren is an icy terror as the manipulative lead villain. These actors are showing just how much a voice alone can do to capture the essence of a character. As the lute playing poet warrior Twilight, Anthony LaPaglia is charming and funny–as is 300’s David Wenham as Digger, the archetypal wise fool of the cast. Geoffrey Rush is at his best as the battle weary object of teen owl and lead character Soren’s hero worship. 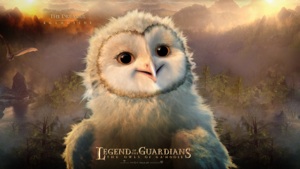 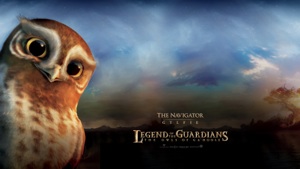 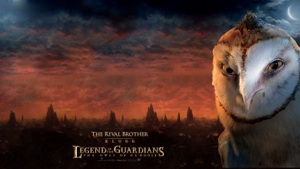 The aspects of the movie which may make it less successful include the all owl cast, which might make it harder for young viewers with short attention spans to distinguish between the characters, thus making their hoped for eventual emotional engagement in the movie harder won. At one point, the music devolves horribly into pop-sap during a visual montage, with aforementioned lameness supplied by the band “Owl City”. This is unfortunate, since David Hirschfelder’s score, and the songs by Dead Can Dance and Lisa Gerard (of the Gladiator Soundtrack) used in the battle scenes offer such perfect accompaniment. The script may or may not live up to the expectations of diehard fans of the book series, the darkest edges of which were toned down to make the movie more kid friendly.

Bottom Line: Ignore the overly wordy yet forgettable title and somewhat clunky plot, and get lost in the jaw-droppingly gorgeous scenery. Legend of the Guardians is worth donning those silly sunglasses in the dark. Go, and enjoy sinking your talons into the most exciting 3D flight and fight scenes since Avatar.