Meg Ryan, made famous by being one of America’s sweethearts in SLEEPLESS IN SEATTLE and WHEN HARRY MET SALLY, is trying on a new hat with her directorial debut film, ITHACA.  With the timeliness about gender bias in Hollywood against female directors as well as actresses and female film critics in the news, her nostalgia-tinged film comes at an interesting time.  How good is she behind the camera?  Will she help change the perception of women filmmakers with her star power, or fall victim to the status quo?

Based on William Soroyan’s novel THE HUMAN COMEDY, which was based, in turn, by the writer’s life during World War II, Ithaca follows 14 year old Homer Macauley (Alex Neustaedter), a young American coming of age and learning about life’s challenges as a messenger for a small town telegraph office.   His overworked, grieving mom (Meg Ryan) offers bits of old styled wisdom and encouragement, while Homer deals with his wandering little brother, Ulysees, and his older brother Marcus, (Ryan’s real son Jack Quaid) who writes Homer deep, philosophical letters from the trenches of WWII.  At the telegraph office, his twenty-something employer Tom Spangler (Hamish Linklater) supports him in learning about work and growing to be a man. Wizened, alcoholic, telegraph operator Mr. Grogan (Sam Shepard) guides Marcus through the sorrow, confusion, and pain he experiences every time he has to deliver an “important” telegram from the war office.

Clearly operating in Robert Redford THE RIVER RUNS THROUGH IT mode, Ryan makes use of artists like BAFTA winning Cinematographer Andrew Dunne (Lee Daniel’s The Butler, Mrs. Henderson Presents) and Production Designer Stephanie Carroll (Monsoon Wedding, The Namesake) to make a very Norman Rockwell-esque looking film.  Right down to scenes where kids in Little Rascals-like hats sit against a picket fence, as far as evoking the look and feel of a more idealistic time, she is all in.

Mythology is a major influence on the original book, and it’s true of the movie as well.  Two of the children are named after the Greek classic, the ODYSSEY, Homer after the story’s author, and his younger brother after the war-weary soldier returning home from battle.  It’s all about cherishing home, what home means, and how that changes forever by events small and simple, or life-altering and catastrophic.  With every telegraph Homer delivers to an unsuspecting mother, his perception of life darkens. With every letter we hear through voiceover from his brother, Homer’s fear of loss gets greater.  Both the original novel by Soroyan and this new film position Homer as the increasingly weary traveler in time, and reaching adulthood with even an ounce of hope left in his heart is the parallel to the Odyssey’s hero getting home alive.  Also appropriate to the theme is family matriach Mrs. Macauley repeatedly seeing the smiling apparition of her dead husband (Tom Hanks), who represents a place of comfort and emotional safety to which she too cannot return.

Perhaps it’s timing.  With the world currently so full of cynicism and xenophobia, people who can’t go back to seeing life through the eyes of the patriotic, expectant youth of pre-Vietnam America.  Perhaps it’s the lack of well built emotional arcs for the characters.  There is little interaction between Homer and those most frequently around him, and when there is, the language has less nuance that might be desired.  Whatever the mix, the sum of ITHACA doesn’t equal the parts.  Visually it’s a beautiful nostalgia trip, like the cinematic equivalent of Les Brown’s song SENTIMENTAL JOURNEY, and a lovely, pleasant journey it is, even given the darkness therein.  However, fans of Meg Ryan should expect this film is just a toe-dip into the director’s pool.  With experience, her passion will guide her to more balanced screenplays, as well as more committed story and scene elements.  Luckily for her, her fame will give her the chance to direct again, and hone her skills. ITHACA is sweet and nice enough to support if you like idealistic, albeit meandering WWII stories, or want to live inside a Rockwell painting for a while. 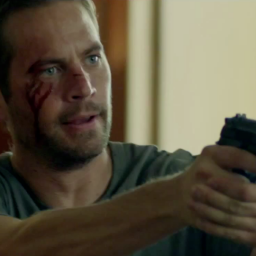