‘Oblivion’: A Stunning Yet Flawed Sci-Fi 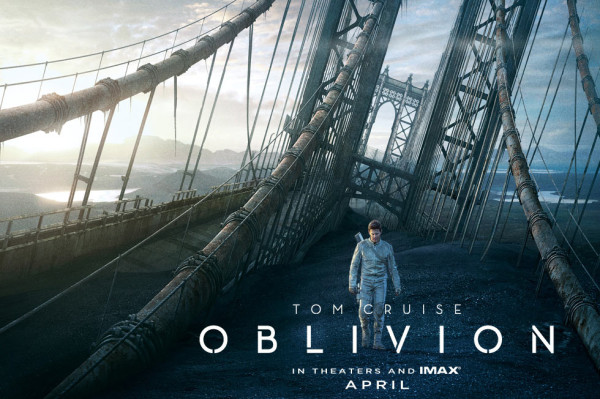 In director Joseph Kosinski’s Oblivion, you can see a love for and desire to expand on the great classics of science fiction on film. With the most impressive use of IMAX for a feature film to date, in that respect he has created something new and exciting, with what is essentially a 3-D movie where you don’t need the glasses.

Production esigner Darren Gilford (of TRON: Legacy) and cinematographer Claudio Miranda (Oscar winner for Life of Pi) make, to quote the movie, “an effective team.” The visual landscapes of the film and the meticulousness taken in the action sequences are extraordinary. Here, the integration of CGI (computer-generated imagery) and live filming is another indication of the rapid advancements happening in moviemaking. 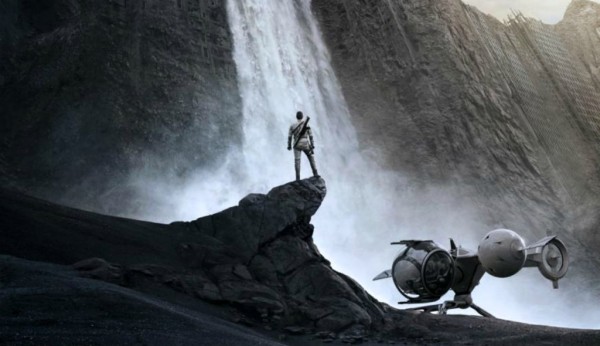 Computer work is seamlessly brought together with Icelandic locations that make you believe the world created on film really exists. It helps to create a sense of adventure you are swept into on every sortie and dangerous situation our hero Jack Harper (Tom Cruise) experiences.

This is a dystopian story about life after aliens invade Earth, all but destroying it before being put in their place. All the inhabitants have been moved off-planet, but a crew of two are finishing what is left of their mission as security and repair specialists before they join their fellow humans on an off-world colony. Jack and his partner/lover Victoria (the deservedly up-and-coming Andrea Riseborough) are at odds with Jack’s incessant curiosity and drive for answers about dreams he has from before their mandatory memory wipe.

On one of his daily security and repair sweeps, he discovers a downed craft with one survivor, about whom he has been dreaming. Who or what she is and what is true of what he remembers, as well as what is really going on, is an ever-evolving and ever more-complicated story.

The actors do very well, and bring depth to their characters. Of all the things that are said about the lead Tom Cruise, no one will ever call him a bad actor. In Oblivion he brings a sensitivity and curiosity, as well as a nostalgic yearning to know who he is, that puts us in his corner, hoping the best for him all the way. As part of his attempts to restore his fractured memory, he “pack rats” little mementos, many from before the war. 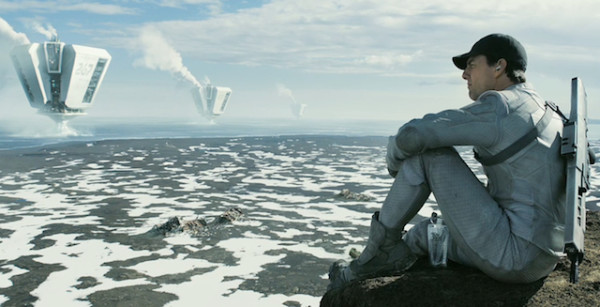 For some reason they comfort him. Both he and the filmmakers find a way, by combining the wasted landscape strewn with toppled or decrepit architecture like a half-buried Empire State Building and Jacks’s lonely chats with an Elvis bobblehead in his flyer or his discovery of some new little treasure, to make us feel his isolation and yearning.

Andrea Riseborough lifts her role into a far more nuanced more complicated character. We find ourselves deeply sympathetic to her, even knowing as little as we know about her. Secondary characters are played by Morgan Freeman, Melissa Leo and the woefully under-used Nikolaj Coster-Waldau, all doing respectable jobs without slipping into sci-fi caricature. 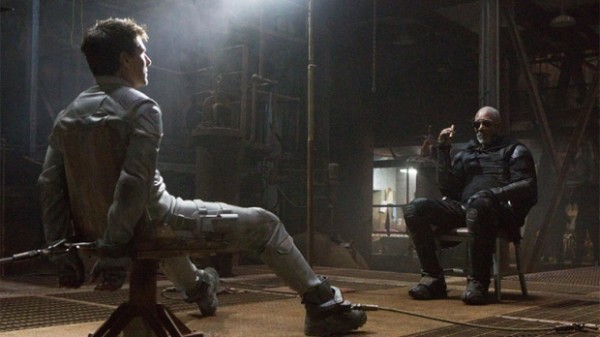 There are three major detriments to this movie being a stellar full-on success. The first brings up the question of whether there’s anything new under the sun or the solar system in sci-fi.

In Oblivion, it is hard not to find the many homages to other movies distracting. It may limit a viewer’s total immersion or attachment to the proceedings. This is especially true for those who are particularly sci-fi savvy. From general concepts to specific plot points, it always feels a bit of a patchwork. “Oh look! It’s iconic architecture buried in sand, like in Planet of the Apes. Oh look! The lonely sad sack is collecting things, like in WALL-E. Oh look! The lead is dutifully traveling about in isolation doing work and feeling lonely, like in Silent Running. Oh look! He’s shooting at unmanned droids, in what looks like an X-wing while flying sideways like in Star Wars…” and on and on.

It nearly ruins the enjoyment of the movie, but if you’re watching it in IMAX, all these scenes are so gorgeous or exciting you hardly care. On the other hand, Oblivion certainly does The Day After Tomorrow and other more recent offerings one better by being less solicitous to its audience and more willing to unwaveringly maintain the perspective of Jack Harper’s rather bleak yet hopeful perspective. 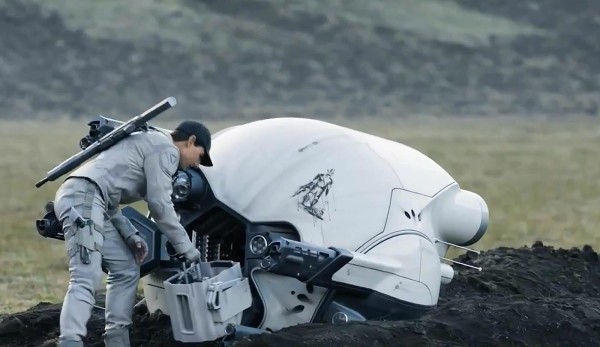 The second issue is the script gets unnecessarily complicated and is a bit overly ambitious. At some points in the movie, it feels like a bit of simplification might have made room for more character development and not required the actors to work so hard at making us sympathetic to their arcs. Perhaps, though, that is a weakness preferable to the usual phoned-in excuse for branded children’s apparel and merchandise we so often see nowadays.

The third is the movie is a good 20 minutes too long. Editor, where art thou?

All in all, however, you could do a lot worse than this movie, that is clearly trying to bring the many classics and best of science fiction together with new ideas, using gorgeous visual style and exciting special effects that make the audience feel they are right there every moment. 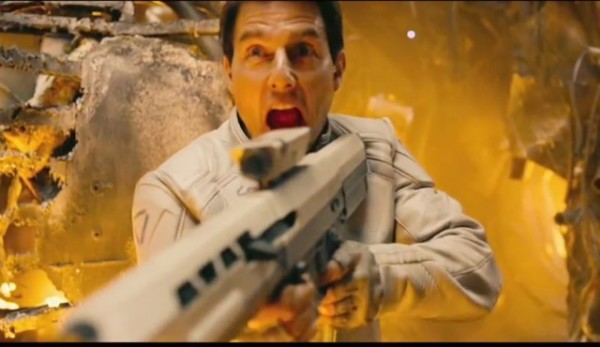 The soundtrack created by French band M83 adds much to the atmosphere as well.

For two hours of suspended thoughts of the world we live in this week, spend time with Tom Cruise at his action best, solving the mysteries of memory and saving the world. 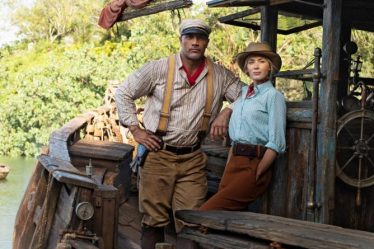