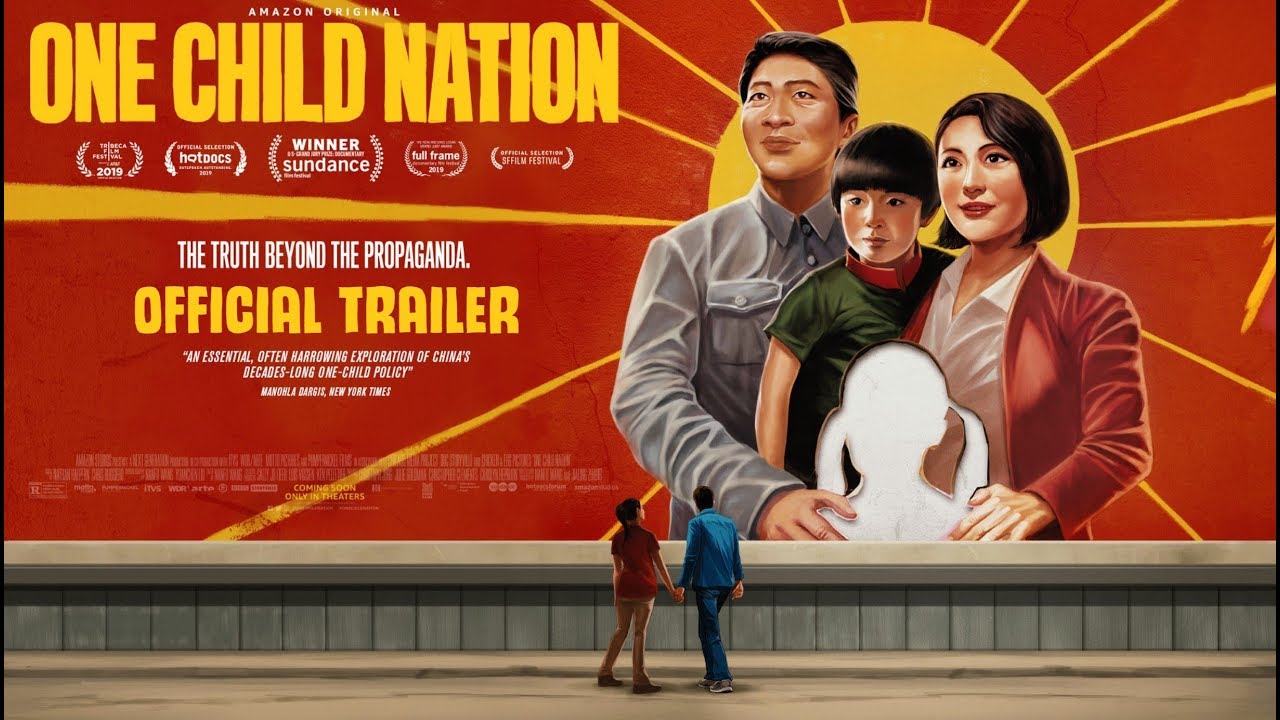 On August 9th, Amazon Studios releases Grand Prize winner at this year’s Sundance Film Festival, One Child Nation, from directors Nanfu Wang and Jialing Zhang. An examination of the policy that started in 1980, the extreme population control measure made it illegal for couples to have more than one child. Though it ended in 2015, when officials began realizing the country was suffering from a dearth of young people in China who could work and care for the elderly, the damage done to families and millions of women forced into sterilization and abortion continues to reverberate to this day.

Filmmaker Nanfu Wang, herself a new mother, examines her own family history, and the experience of her younger years living in China. She exposes the audience to the last 35 years of One Child propaganda. She reveals the continued pain and sadness of those effected by the policy, in interviews with doctors, officials, and members of families broken apart or emotionally scarred for life. Regardless of the role they played in forcing, adhering to, or flying in the face of the law, it is clear the One Child Policy has done them irreparable harm.

There are definitely triggering images in the film, including fetuses and newborns mixed in and dumped with piles of garbage. To say it’s jarring is an understatement. What those of us from the west imagine, whatever it might be, won’t come close to the level of destruction wrought by the government of China, especially to its women. Most know that in China, it is auspicious to have a son. With the one child policy, that meant scores of baby girls were left in the market to die, in the hopes that the family could try again and get a boy…and die they did, in droves. There are also doctors and practitioners who were called upon to sterilize women, often against their will, and literally with them kicking and screaming. Government-sanctioned officials performed abortions into the 9th month, as well as inducing labor and then actually killing the children born.

There is one female doctor who performed thousands of abortions and killed, by her own estimation, thousands of children, who now only works to help infertile couples conceive and birth a child. Large flags, with pictures of babies sent by couples whom she’s helped, line her dwelling like wallpaper. She believes she will never be able to help enough to make up for those she killed.

Many people complicit in enforcing the policy are filmed saying some version of “I had no choice. I was following orders.” Those are words that have not lived well over time, historically. However, It’s hard to imagine what existing in that environment would have been like, especially with signs saying things like, “Induce it, abort it, don’t give birth!” and “Better to shed a river of blood than to birth more than one child” written all over the walls of every city and village.

At the heart of One Child Nation, from the perspective of a female viewer, is the immense misogyny at play when policy and tradition collide. Because male children are favored and desired, the policy automatically placed female babies at risk. Couples that had female babies, according to interviews in the film, would cast them off, leaving them to die. As to favoritism, Wang herself, along with her brother, explore how her mother treated him differently, always placing his needs far above hers. This was the way in nearly every family. Also, the National Population and Family Planning Commission required women to have IUDs surgically placed after their first child, and only used sterilization women, not men, after a second child. It is hard not to get angry at how disproportionately this policy effected women in Chinese society.

Incidentally, these policies are not the opposite of those in the US. They are much the same, in that they are ultimately about taking away women’s control over their own bodies. They remove autonomy, and render women and their desires null and void.

The filmmakers also examine the rise of Chinese adoption agencies placing with new families children who had actually been abducted from their villages, as they were a result of an unsanctioned birth. The adoptive families had no idea these children weren’t orphans. The family planning officials and orphanages would both benefit financially in these situations.

One Child Nation is part investigative journalism, and part personal history, and it is a valuable record of one country’s disastrous social experiment. The filmmakers say they created a film, which is banned in China, to counter the inevitable propaganda bent on changing China’s history books and collective cultural memory. If the wildly skewed, propaganda-filled and daily-updated wiki page for China’s one child policy is any indication, this documentary is absolutely essential. Watch it.