The Oscar contenders were announced Thursday morning and they were the nominations heard round the critics’ world. They were Snub-tastic! My critic friend Lauren Bradshaw of Cloture Club talked about the “Snub-rage” we were all feeling. Never has there been such powerful proof that we are a passionate group of professionals. So what’s all the fuss about?

The biggest offenses relate to Selma, a film that got nearly 100 percent on Rotten Tomatoes, but that had been under a “moveable history” siege in the last few weeks, which coincided with the first day of Oscar voting. It was nominated for best film, but neither lead actor David Oyelowo nor director Ava DuVernay got any love, which led, among other snubs, in making this year’s Oscars the whitest since 1998. Now, a white Oscar is nothing new. However, when a film as great as Selma gets repeatedly passed over in lieu of movies like Foxcatcher, which was an extremely well acted but uneven film, it makes champions of diversity and artistic expression get their dander up.

Also shocking were the omissions of The Lego Movie for best animated feature film, and Life Itself for best documentary feature, both of which have won big in critic circles. It would be like snubbing J.K. Simmons (of Whiplash) or Patricia Arquette (of Boyhood), both of whom have won almost every award this season for best supporting actor and actress. The Lego Movieprobably suffered from “that flick made plenty of money and doesn’t need any more support” philosophy, which is as absurd as recommending a film for its low budget gumption alone.

Other notable omissions include Jake Gyllenhaal for Nightcrawler, Jessica Chastain for A Most Violent Year, and Gone Girl in almost every potential category, including, as another slap in the face of women in film, its adapted screenplay by Gillian Flynn, and the fantastic score by Trent Reznor and Atticus Ross.

The one thing to do now, oh lovers of great movies, is to support the best and most well-crafted movies of 2014, regardless of whether they were nominated, especially if they could use a vote of financial confidence at the box office. The irony of the fact that these nominations were announced on Martin Luther King’s birthday is lost on no one. In the coming days, i’ll be writing about must-see movies for the Oscars that I haven’t yet reviewed or mentioned, as well as offering my predictions, but for now, let Cinema Siren suggest: Go see Selma, which Cinema Siren announced previously as best film of the year, this weekend. The best way to make a difference in a country and an industry run by old white guys, is to do it with your dollars!

You can watch all the trailers here.

Performance by an Actor in a Leading Role

Performance by an Actor in a Supporting Role

Performance by an Actress in a Leading Role

Performance by an Actress in a Supporting Role 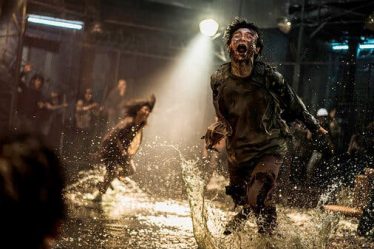