The Oscars have been announced! Aaah, yes. The Oscars. They are, for those of us who are movie lovers, our version of the Super Bowl. Finding out who is nominated is a bit like hearing about which teams will play. So perhaps you heard the “Yippee!” holler from Cinema Siren’s general direction when mid-gray horses Janet McTeer and Gary Oldman both made the cut. Go Team!
But, in the great new tradition of the ESPN sports announcers, there were also a bunch of “C’mon, man!” moments…

There are some surprises and snubs, as always, but Cinema Siren for one was shouting “Huzzah!” for Gary Oldman (for the first time ever) as Best Actor for his great work on “Tinker, Tailor, Soldier, Spy.” He is joined by one of the biggest surprises in the announcements, the nom for Demian Bichir, who starred in “A Better Life.” 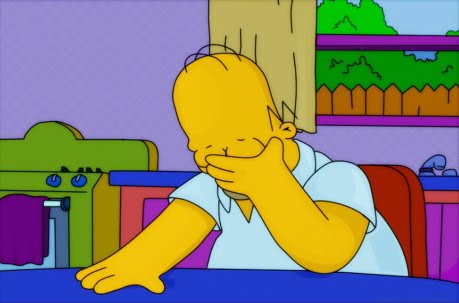 •By far, my opinion of the biggest snub is “Tintin,” for best animated feature. Now that’s a “C’mon, man!” The experimentation—the expansion of tools and opportunity in the world of animation that resulted from this film alone—are reason for its inclusion. “Kung Fu Panda 2”? Lovely, but certainly not deserving of bumping the flawed but historic feature by the Peter Jackson/Steven Spielberg partnership.

• Michael Fassbender, the method actor hottie heating up the screens and moving to the top of the A list. I’ll throw a more highfalutin “Kind sirs, surely you jest” out there, knowing his stunning and fearless work in “Shame” will get him even more securely placed in the Hollywood hierarchy. As I watched “A Dangerous Method,” I kept thinking, “Who knew Carl Jung was so smokin’ hot?” That’s Hollywood revisionist history I can get behind.

• What happened to my man Albert Brooks for “Drive”? Critics and fans alike raved about his creepy mob boss portrayal, but no Supporting Actor love.

• And what of Ben Kingsley for “Hugo,” which got more nominations than any other movie? Do they think these films are made in an actor-free vacuum?

•And I would be remiss if i didn’t point out the epic failure of the Academy in recognizing the filmmakers and actors involved with “Harry Potter and the Deathly Hallows: Part 2.” Alan Rickman flew completely under their radar. (I guess that’s the risk wizards take.) There is some small measure of vindication in Stuart Craig being nominated in Production Design.

•Both Carey Mulligan and Ryan Gosling got left on the cutting room floor…Both actors played characters much praised this year, both in more than one movie. Here’s hoping their times will come, and soon.

•Tilda Swinton from “We Need to Talk About Kevin” got bumped in the Best Actress category for Rooney Mara, who did an amazing job and owned her movie, “The Girl With The Dragon Tattoo.” Since it is highly likely Viola Davis or Meryl Streep will win, the nomination will only serve to increase expectation and awareness of her value as an upcoming star. She did say her nomination was a real surprise and that she was humbled. “There were so many women who weren’t on the list who were incredible. It’s been a really amazing year for women in film, I think.”

•”Coriolanus.” Snubbed completely and utterly. I don’t even know what to say. I’ll say see it anyway. Ralph Fiennes directed and starred, featuring Brian Cox, Gerald Butler, the mind-blowing Vanessa Redgrave and the ubiquitous but great Jessica Chastain, this is a mighty Fiennes directorial debut. What is it with great Shakespearean actors and their directorial prowess?

•Someone please explain why only two songs made the Best Original Song list, without the inclusion of several great tunes used in films this year, including Madonna’s “Masterpiece” from “W.E.” Also someone please explain why John Williams is twice nominated and the groundbreaking scoring by Trent Reznor and Atticus Ross has been ignored. Are we to understand awarding them with one Oscar for “The Social Network” is statement enough of Hollywood’s willingness to break outside the soundtrack box?

•”Hugo” leads the list with 12 nominations. Huzzah! Obviously nostalgia is a theme appreciated by the voters this year, since three of the most-celebrated movies relate to the good old days of old Hollywood, or old Paris.

•As I said right at the beginning, it is thrilling that Gary Oldman’s talent is being recognized and his work for “Tinker, Tailor, Soldier, Spy” has been nominated. “This afternoon in Berlin I have learned that I was nominated for an Academy Award in the category of Best Actor,” he said in a statement. “You may have heard this before, but it has never been truer than it is for me today, it is extremely humbling, gratifying and delightful to have your work recognized by the Academy, and to join the celebrated ranks of previous nominees and colleagues. Amazing.”

•And Janet McTeer, another Siren favorite, had this to say about the reaction she shared with Best Actress nom Glenn Close: “We just giggled like mad, that our film, that took so long to get out the door, was getting recognized. The delay of gratification makes it more charming. It’s a small film with big heart, and we didn¹t have a ton of money. Now hopefully more people will go and see it.”

•The crowd pleaser “The Artist” is second only to Hugo in nominations, and their 10, include Best Actor and Supporting Actress as well as Director, Best Picture, and Best Score. As to the score nomination, there was some controversy about eligibility, since there is a long sequence where Bernard Herrmann’s “Vertigo” score is used—Kim Novak, one of the stars of the Hitchcock classic—placed a full-page trade ad expressing her ire at its use. Since 80 percent of the music was original, it was accepted, as that is the required percentage. About her reaction, writer-director-editor Michel Hazanavicius wrote: “’The Artist’ was made as a love letter to cinema, and grew out of my (and all of my cast and crew’s) admiration and respect for movies throughout history. It was inspired by the work of Hitchcock, Lang, Ford, Lubitsch, Murnau and Wilder. I love Bernard Herrmann and his music has been used in many different films and I’m very pleased to have it in mine. I respect Kim Novak greatly and I’m sorry to hear she disagrees.”

•In the Best Supporting Actor category, Nick Nolte got recognized for “Warrior” and Max Von Sydow for “Extremely Loud and Incredibly Close,” which fared far better this Oscar season than anyone (but me, as I was a fan) expected…

•Of course it is most likely Christopher Plummer will win for his work in “Beginners.” “It’s a shot in the arm for a young kid of 82 to receive an Academy Award nomination this morning,” Plummer said in a statement.

•”Midnight In Paris” got some attention, which is a testament to the appreciation of Woody Allen fans both long-term and new, who, like the Siren, must be edified to know he can still pull a real charmer off from time to time.

•”Moneyball” was a bit of a surprise, in terms of specific nominations; there were audible gasps when Jonah Hill was announced as a nominee for Best Supporting Actor.

•”The Tree of Life,” if anyone has seen it out there, is certainly representative of the power of artistic vision to get a movie made. Terrence Malick’s poetic visual journey isn’t for everyone, but clearly enough Academy voters saw its beauty to nominate both him in the Director category and the film as Best Picture. Said producer Sarah Green: “My profound thanks to the Academy—I could not be more proud to be part of the team that brought ‘The Tree of Life’ into the world. I know firsthand that it’s a movie that changes lives, because it changed mine, and I have heard directly from so many people of the profound effect the film has had on them. I hope that this nomination will encourage anyone who has not yet experienced ‘The Tree of Life’ to do so and encounter for themselves Terry’s (Terrence Malick’s) unique and powerful vision and the transcendent work of Chivo (Emmanuel Lubezki, director of photography) and the rest of the team.”

And the nominees are:

Best Documentary Feature
•”Hell and Back Again”
•”If a Tree Falls: A Story of the Earth Liberation Front”
•”Paradise Lost 3: Purgatory”
•”Pina”
•”Undefeated”

Best Documentary Short Subject
•”The Barber of Birmingham: Foot Soldier of the Civil Rights Movement?”
•”God Is the Bigger Elvis”
•”Incident in New Baghdad”
•”Saving Face”
•”The Tsunami and the Cherry Blossom”

Tell the Siren, who do you movie lovers see as a major hit or miss? Who do you think is missing or should have been left off this list? Will there be movies you see now that you wouldn’t have before?

While many of you have football to look forward to, I’m shining up my tiara and picking out my jewels for Feb. 26th.

Of all days of the year, it is when a Cinema Siren must look her best!