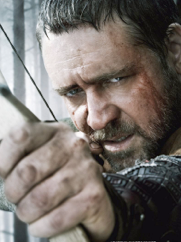 ROBIN HOOD: Short of the bullseye, still worth a shot

With currently over 30 versions of Robin Hood ranging from the sublime (1935’s Robin Hood with Errol Flynn in the cliched green tights and pointed hat still rocking the role in the title character) to the ridiculous (Kevin Costner as Robin Hood is like watching BIll and Ted’s Excellent Adventures in Nottingham), Ridley Scott and his band of merry filmmakers have quite the challenge to make the story fresh and compelling. This version is indeed something completely different, bringing us into the mythology before the brunt of the forest highjacks begins. If you are looking for his band of outlaws set up in an idyllic clearing dancing jigs and planning the next exploit to benefit the overtaxed English commonfolk, you’ll have a long wait indeed. This is Robin Hood: The Backstory, and the storytelling of it is one of the movie’s strengths, and its greatest weakness.

Let’s face it, we don’t need to see another retelling of the robbing from the rich giving to the poor mythology, and as compelling as it’s been in the past. Ridley Scott knows this, and he attempts to offers a fresh and creative take on Robin Hood’s beginnings. It’s the story of how a simple archer becomes the legend.

Robin Longstride (Russell Crowe) and his brothers in arms are returning from the crusades with King Richard. When the King is killed in battle, Lord Robert of Loxley is given the task of returning his crown to the royal family. When he is cornered in an ambush by English baddie Godfrey (the ubiquitous Mark Strong) and forces loyal to enemies in France, Robin happens upon him. He is asked by a dying Loxley to take up the task himself, and take his sword to his father Walter (a transcendent Max Von Sydow, drawing all eyes to him with his every moment onscreen). Walter requests he impersonate his dead son to help his beloved daughter-in-law Marion (Cate Blanchett) maintain ownership of her land. Battles, betrayals, romance and merriment ensue.

Russell Crowe makes the older, (let’s just call him “Robin Longinthetooth”) more beaten down, battle weary version of the character in Brian Helgeland’s script make sense–He has mined more than a little of the gladiator character to build it, which leads to one of the weaknesses of the film. We get to know him very slowly, but are expected to be immediately connected to him through the traditional mythology. As with the newest version of Sherlock Holmes, the filmmakers make a mistake trading on tradition when reinventing the lead character. They can’t change the perimeters of the story without laying the groundwork for our connection and loyalty to the character. We have to buy into the fresh version of them immediately for us to take the filmmaker’s journey, in the case of Robin Hood a 2 hour and 20 minute one, enthusiastically, and without reservation.

Early in the movie, the Robin Crowe portrays is more the Gladiator styled enigmatic warrior, deadly serious, even dour. Would it kill Crowe to crack a smile from time to time? I know war is a serious business, but we don’t connect with him. Ridley Scott creates visually beautiful battle scenes, it’s true, but between the fighting and exposition the first 1/2 hour is a bit tough to get through, and while Crowe does lead a good battle, (what would a Ridley Scott/Russell Crowe blockbuster be without a battle charging primal scream?) we don’t really warm to him until his scenes opposite Cate Blanchett as Maid Marian.

The Robin Hood Maid Marian romance was what worked best in this movie. The two actors had all the smoldering fire so noticeably missing between Crowe and Marion Cotillard in the recent “A Good Year”, which means this may be not just the first, but possibly the best date night movie of the summer that will please both sexes. The intimacy of their interactions builds believably for two strangers thrown together by circumstance, and the actors are wonderful to watch together. The portrayal of their relationship finally brings life and warmth to Crowe’s Robin, and we get more interested in the movie’s outcome. While Crowe may be an older Robin, he does his usual actor’s physical folly, altering his body significantly to fit the role, and between him and a long tressed Cate Blanchett, 40-somethings never looked so earthily good. I would have liked to see more of Robin Hood’s merry men, (Kevin Durand as Little John, ER’s Scott Grimes as Will Scarlet, Mark Addy as Friar Tuck, and Alan Doyle as Allan a’dale) all good actors in entertaining roles that would have enhanced the movie further by their added screen time. I say, Ridley, couldn’t you have cut a battle scene by 5 or 10 minutes and thrown them a few more lines? 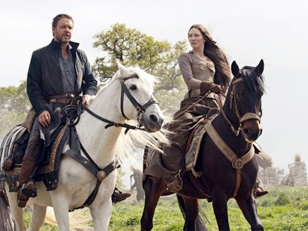 Overall, I’d say you’d have to be a diehard Ridley Scott fan to really love this movie, but Robin Hood is worth seeing in the theatre if just for the beautiful art direction for which his movies have become known. Also, between Russell Crowe (after he lightens up a bit…), Cate Blanchett and Max von Sydow, the acting chops are formidable. If you are looking for action adventure with romance, this will be a satisfying night out with your honeylamb. 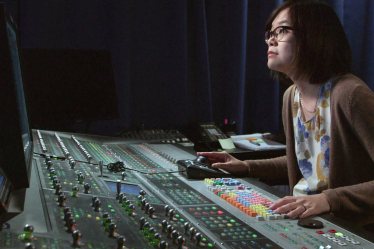 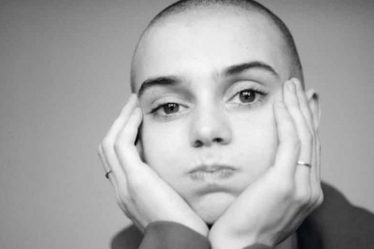