I’m sure no one needs to say how important a movie is that takes a book written by a former slave and turns it into a feature film directed by and starring people of color. Good thing then, that 12 Years A Slave is so exquisitely built, so expertly acted and so fearlessly directed.

Yes. The film is difficult to watch. There is a scene, that will no doubt become infamous to movie historians and those who understand the importance and appreciate the excellence of this movie, wherein the hero (or victim) of the story is hung by a tree barely able to touch the ground, struggling to stay alive as his feet slip in the mud below him.

As this scene is laid bare, Solomon Northrup (Chiwetel Ejiofor) is presented, largely without close up, for what seems like 10 minutes (it’s more like two). As he struggles, the plantation owner’s wife looks on, other slaves try to slip by, one fearfully offers him a drink of water and children play behind him. It becomes tons of discomfort and a teeny bit of torture for the audience. 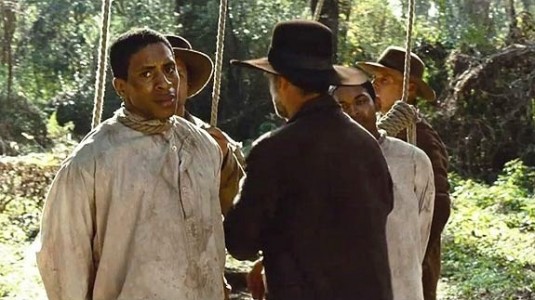 The point is, if 12 Years A Slave is hard to watch, imagine what it must have been like to live through the experience. Solomon Northrup did, surviving to tell about it in his 1853 book that gives the movie its title. The good news is…spoiler alert…He survives!

The audience knows that because he had to survive to write the book….that’s something to get us all through the two hours and 13 minutes running time without curling into a fetal position and sucking our thumbs in the movie theater.

When asked about his excruciating two-minute shot, indie director Steve McQueen told The Huffington Post: “The hanging scene, for me, was ‘How do you talk about two things, even three things, in one shot?’ Sometimes people do six shots to say one thing and I’m interested, in this situation, in one shot to show not just physical abuse, but mental abuse.”…and show it he does, not only in this scene, but in several others, especially several featuring the worst real-life villain portrayed onscreen in recent memory, Edwin Epps (McQueen muse Michael Fassbender), who tortures, rapes and beats his way through the movie, quoting scripture for rationalization.

This is some of Fassbender’s best work to date. (Along with McQueen’s Shame, for which he was robbed for not being nominated for an Oscar). Here he is the embodiment of living evil, a man who believes himself righteous even as he “breaks slaves,” or mercilessly reduces those around him to the point of begging for death. Fassbender is completely fearless in his role, and is all but assured a slew of noms come awards time. 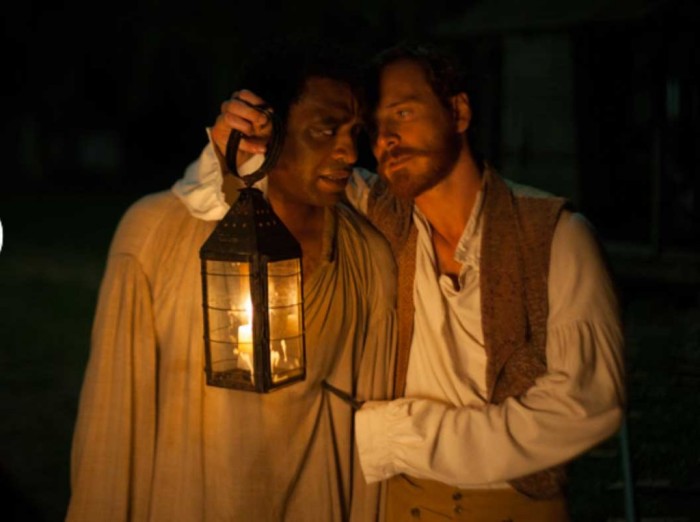 In fact, there is absolutely no question there will be some combination of acting Oscar nominations from this movie.

As Solomon Northrup, Chiwetel Ejiofor is casting perfection. He carries the audience with him on his journey, embodying the entire spectrum of feeling, from raw to numb, hopeless to determined. There is a bone-deep authenticity to his performance. This is true as well for Lupita Nyong’o, who plays Patsey, a young slave who is the object of Epps’ tortuous and unwanted affections. The scene she and Ejiofor share is one for the cinematic ages, both beautifully truthful and heartbreaking, and will stay with you long after you’ve pushed the hanging scene from your mind. 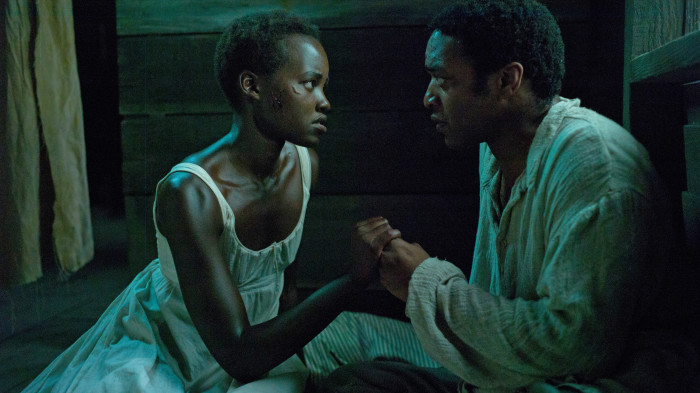 The best quality of this movie, apart from the pervasively impressive acting skills on display, is the partnering of camera edits, script and production design with the often stoic portrayal of Solomon Northrup’s journey, as spectacularly performed by Ejiofor. It is clearly meant to be shown from his perspective.

Northrup is trying to keep his suffering and emotional torment internalized, unseen by his captors and those around him. The film as a whole is approached in this way, and as such has a bit of an objective style, and yet there are intense moments that punctuate his struggle. It could have been successful no other way, and McQueen’s choice to inform the audience without resorting to melodrama is what allows for the heights of poignancy reached. 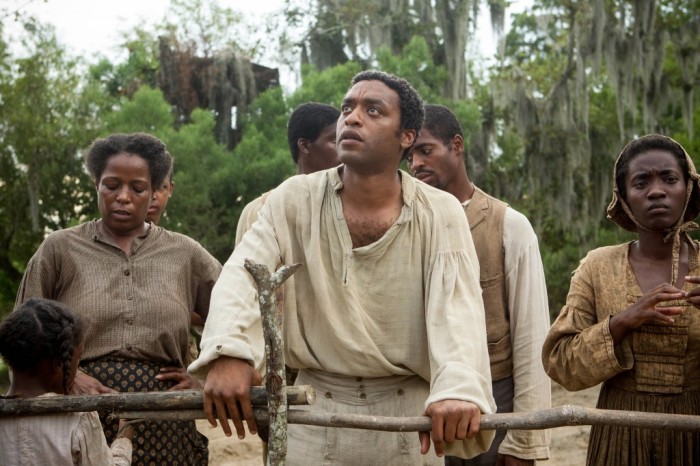 That straightforward style is also partly what makes it possible to sit through such difficult subject matter. Solomon Northrup is just trying to survive and find a way out of his unlawful captivity. We see others experiencing their own suffering around him, but Solomon allows himself utter despair or little joys only in ways that won’t break him of his humanity.

Really the essence of this film is about dignity. And if we are to base it on what is seen in 12 Years A Slave, what is it? Dignity is holding on to humanity and faith by sheer force of will, when all experience screams for the contrary. Ultimately, it is that, as we see it portrayed by Ejiofor’s Solomon, that makes this movie beautiful and watchable, even at its hardest. 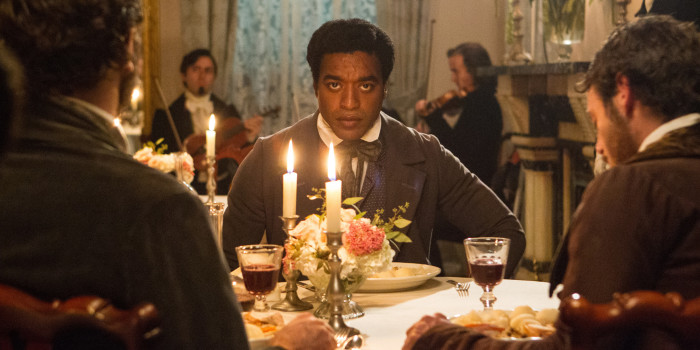 As an indie film in limited release on a tough subject, this is a movie that requires the public to journey a bit further than two miles down the road, and I mean that literally and metaphorically.

Here’s hoping we are made of tough enough stuff to be able to see our history honestly and fearlessly represented onscreen, without turning away. We need to support movies that further the challenge of partnering artistically filmed storytelling and authentic examination of our mistakes and weaknesses as a society. Based on Steve McQueen’s filmography, that is his calling as a director, and 12 Years A Slave shows, with him, we can trust that challenge is in good hands. 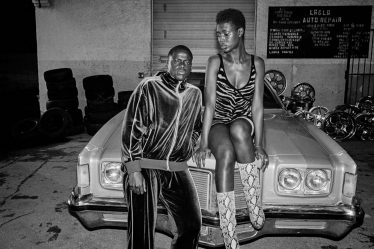