The Avengers: Age of Ultron Movie Review: So “X”citing

The Avengers: Age of Ultron, directed by Joss Whedon releases this week. Does it measure up to the first Avengers film? Does the addition of Scarlet Witch, Quicksilver and Vision add to the story? How will new information about Hawkeye, Black Widow, and The Hulk enhance it? Watch Cinema Siren’s review here.

Here is a transcript of the review:

The first big Summer blockbuster may be upon us with writer/director Joss Whedon’s The Avengers: The Age of Ultron.  The first Avengers film broke every record for Disney at the box office.  Will Age of Ultron crush that record? Is it destined to be a critical and fan favorite as well?  Is Joss still BOSS?  Whedon delivers an uneven, if entertaining second installment that, like many superheroes, has both great strengths and hidden weaknesses.

The action starts a split second after the Marvel logo, giving new meaning to Deus ex machina.  We are reintroduced to the Avengers, Thor (Chris Hemsworth) Captain America (Chris Evans), Iron Man Tony Stark (Robert downy jr) The Hulk Bruce Banner (Mark Ruffalo) Black Widow Natashia Romanoff (Scarlett Johansson) and Hawkeye Clint Barton (Jeremy Renner) as they raid a Hydra outpost to get back Loki’s scepter, which has immeasurable and potentially very dangerous power. There they encounter superhuman twins Pietro (Aaron Taylor Johnson) and Wanda Maximoff (Elizabeth Olson), or Quicksilver and Scarlett Witch, who have an axe to grind with Mr. Tony Stark.  After retrieving the scepter, Stark and Banner discover an artificial intelligence buried inside its gemstone, and working together, they use it to forward the design of Stark’s global peacekeeping program Ultron, which becomes sentient and becomes very bad very quickly.  Relationships change, are strained, characters are expanded upon, and for the most part there is enough non-stop action to satisfy anyone with even the worst attention deficit.

However, this movie, packed with so many well known characters with their own films as well as new ones known well only by comic book fans, suffers from “Too Much of a Good Thing” syndrome.

Like too many wet watercolors on one paper, the Avengers and similarly designed superhero extravaganza X-Men are starting to run together.  Like X-Men: Days of Future Past, in Age of Ultron robots of a sort threaten the stalwart superheroes who just want to do good and keep the peace.  Both anchor their stories in spectacular, eye-popping action set pieces and dip down into “real world” interpersonal relationships meant to deeper our connection with the characters, humanize them, and give us further reason to root for them.  X-Men: Days of Future Past achieves that aim far better than Avengers: Age of Ultron does, because the pacing is more evenly distributed between the action and the more intimate moments. Joss Whedon writes and directs a film where the intense action and the scenes in which we make more emotional discoveries more about the characters is kept very separate.

It may be that Whedon was imitating the way soldiers in wartime experience time, split between protracted, chaotic battles where they have to heighten their senses, and the downtime either with friends and family or with each other waiting for the inevitable return to violence.   In that, he succeeds.  Within another story element, which involves Scarlett Witch planting traumatic visions in the Avengers’ brains,  he also seems to be referencing how battle fatigue and emotional trauma plays on the minds of soldiers.  But don’t get the idea Age of Ultron is as dark as X-Men: Days of Future Past, because it isn’t, either visually or in tone.  Humanity is at stake but the Avengers’ egos are so big, the movie can’t help but be full of snark, even in the most dire moments.  And thank the Norse gods for that.

That story element with Scarlett Witch planting the seeds for what are supposed to be nightmarish visions into each of the Avengers’ heads is particularly confusing.  Some characters have flashbacks, some are faced with their worst current fears, but some have precognitive visions.  Why The different types of visions?  What decides which kind they have?  The audience needs to KNOW these things, Joss.

Another thing Age of Ultron and Days of Future Past have in common is the sheer volume of pedigreed actors tested at the box office mixed with newcomers that stir up lagging interest.

The new characters introduced in Age of Ultron are a major positive for the movie.  Quicksilver and Scarlett Witch are not well developed as characters but are compelling and their powers are fascinating.  There IS a defining moment for Scarlett Witch that gets the whole audience on her side, where we get to see just how powerful she can be.  Another great addition is Vision, played by Paul Bettany, a wise android with a complex noble morality that transcends human understanding.  With this many characters it’s difficult to parse out enough meaty lines to define each role.  Whedon chooses to focus a bit more on Hawkeye, Black Widow, and The Hulk, all three of which we get to know far more than ever before.  The rest get their share of one-liners and moments of bad-assery to be sure. Also, there are a number of delicious cameos, not least of which is introducing yet more Avengers, one assumes for the next installment.

There is one thing to VERY much enjoy and appreciate in Age of Ultron, which I assume was the choice of production designer Charles Wood (Guardians of the Galaxy, Thor: The Dark World). It is the sort of living tableau of comic book art, clearly heavily influenced by the art work of comic book cover-genius Alex Ross, they create with the characters at choice moments in the movie’s climax scenes.  You’ll know them when you see them, but the camera slows almost to a halt as the Avengers, all onscreen at once, fight together.  I have found Ross’s frenetic, hyper-realistic, hyper-colorized visual style beautiful but hard to take, yet seeing it essentially recreated on film with these actors, gives me a greater appreciation for both Ross’s work, and for Age of Ultron as a whole.  Images from those scenes are freeze-frame captured in my mind far more than anything else in the movie, and i’d almost see Age of Ultron again just to see them once more.

Joss is still boss–there are still momentarily shirtless superheroes, a few wonderful scenes of all the characters interacting when they aren’t saving the world, those SPECIAL EFFECTS, and enough witty repartee and pithy rapid fire verbal sparring throughout to inspire audience to plunk their Marvel money down in at their favorite multiplex the coming weeks. After the first Avengers having such balance and emotional staying power, however, audiences had come to hope for as much with Age of Ultron.  That’s the problem with high-flying superheroes, and superhero  movies.  Sometimes what goes up, must come down. 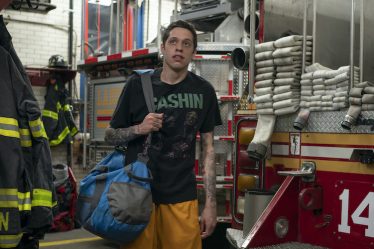