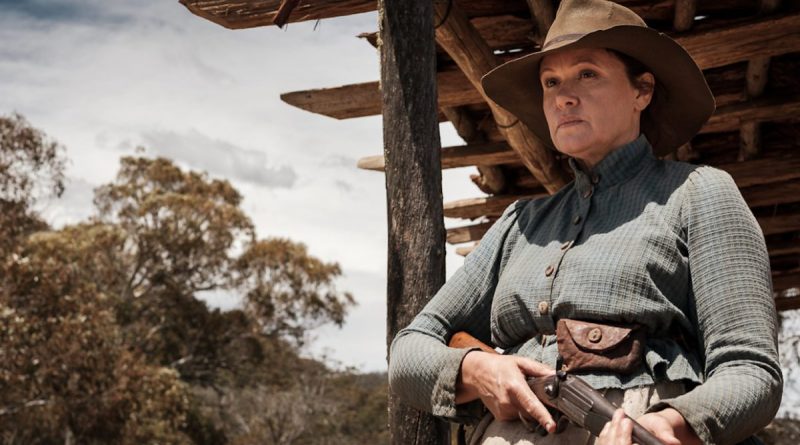 In Australia, the first laws against domestic abuse were passed in the 1970s. Back in the 1800s, it wasn’t seen as a crime. That’s the era in which Indigenous writer/director/lead actor Leah Purcell’s film The Drover’s Wife: The Legend of Molly Johnson takes place. The film is based on Purcell’s award-winning 2016 play, which is a reimagining of Henry Lawson’s classic short story from 1893. Lawson’s tale follows an unnamed woman protecting her children while surviving in part of Australian’s most barren landscape. In The Drover’s Wife movie, Purcell expands and refocuses the story to consider the dangers of colonialism and bigotry against the indigenous people of Australia, and the rampant misogyny from which pioneer women of the time, and indeed women of today still suffer.

Her husband missing, heavily pregnant Molly Johnson (Leah Purcell) is alone on her land, left to survive and protect her children. It is a hard, miserable, dangerous existence. One day she finds a shackled Aboriginal man named Yakada (Rob Collins) on her property, who is on the run from bigoted colonial authorities. They strike a deal for him to help her on her homestead, and over time both Molly and her children form a strong bond with Yakada, who regales them with stories, and teaches Molly’s son how to protect his siblings. When an encounter with a colonial officer turns deadly, it starts a tragic chain of events that highlights the racial and gender inequality of the time, making Molly an anti-heroic feminist icon.