The Girl With The Dragon Tattoo: Fincher’s Dragon Breathes Fire 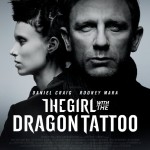 Over the river and through the woods to grandfather’s house we go.

The grandfather, Henrik Vanger (Christopher Plummer), patriarch of the Swedish industrial dynasty, seeks to solve the 40-year-old murder mystery and disappearance of his grand-niece, Harriet. This is the lynchpin in the first story based on Stieg Larsson’s blockbuster The Millennium Trilogy, opening this week in the English language cinematic adaptation.
It’s directed by champion of the alienated and misunderstood (Social Network), famed serial killer specialist, (Seven and Zodiac) David Fincher. The movie stars Bond blondie Daniel Craig and newcomer Rooney Mara in what is a disturbing, (does Fincher make anything else?) darkly thrilling, revenge fantasy and police procedural with complicated characters that is as far removed from the usual holiday fare as any movie this season could get. Murder, and violence and torture. Happy Holidays!

How the wind does blow on this barren Swedish island owned and lorded over by the Vanger clan. Henrik, from his comfortable enclave, beacons journalist Mikael Blomkvist (Craig), in financial ruin from a slander lawsuit. Henrik offers him a job to write his memoir, in the hopes Blomkvist will unravel a longstanding and tortuous family mystery. Forty years ago, his grand-niece disappeared from their island one day during the holidays, never to return. He longs for an answer and begs Blomkvist to investigate, with the promise that he’ll give him evidence to clear his magazine’s slander suit.

Blomkvist needs help as he journeys further into the stories and clues offered by investigators and various members of the colossally dysfunctional family, most of whom live within walking distance but who haven’t spoken in years. He hires the anti-social aspie with a photographic memory Lisbeth Salander. Together they unravel the secrets and the hidden stories that lead to the answers. They make an amazing team.

A great avenging Athena, all emotions sent through primal screams and that pierced punk deadpan, Rooney Mara inhabits the movie’s namesake Lisbeth Salander with such commitment and believability she captivates the audience and keeps our rapt attention for the slightly overlong 2 hours and 40 minutes. It is her movie. 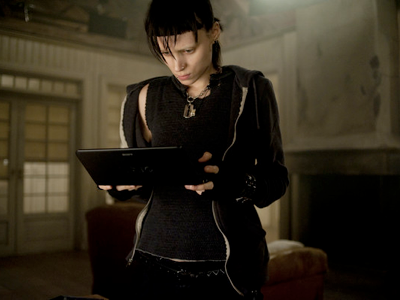 Daniel Craig isn’t just of James Bond and Cowboys vs. Aliens. He cut his teeth on complex acting opportunities like the nouveau film noir Layer Cake and biopic Sylvia. He’s in two movies being released within days of each other, Dragon Tattoo and The Adventures of Tintin. Known as a generous actor, he shows himself to be just that by allowing Mara to shine as Dragon’s smoldering star, although his reserved single-focused intensity serves the movie perfectly. 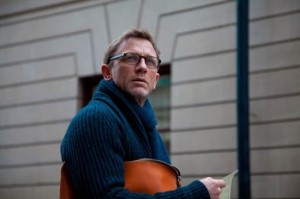 Stellan Skarsgard, for all the character roles he’s made his own, has never been one to chew scenery. It’s a miracle and a testament to his talent he can pull off such nuance in his role as Martin Vanger, effecting menace with a subtlety few others in Hollywood could pull off.

David Fincher always has a way of getting his actors to inhabit the truth of the subject matter no matter how far fetched or complicated the characters are. He puts them together, seamlessly rendering what could have been sensational or lurid pulp making it all completely believable. 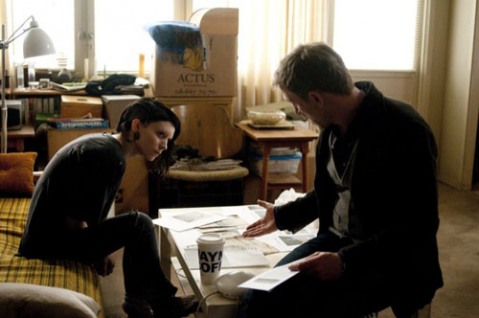 As to the interpretation, there are such loyal devotees of the original book and the 2009 Swedish version, it’s better to take this film on its own merit. The story benefits by being cleaned up and made less convoluted by screenwriter Steven Zaillian. Much of the action takes place in frozen icy environments but somehow still moves at a manic pace, making the movie’s length not nearly as noticeable as expected. The mesmerizing music by Trent Reznor and Atticus Ross (who together won an Oscar for the Social Network score) builds the tension, evokes the icy Nordic world, and aids in the pacing of the movie. It’s haunting but never distracting. Look for their names again at awards time.

This film, rated a hard R, should come with a warning. There are scenes of extreme violence and cruelty involving rape and ritualized killing, and parents with teens might want to watch the movie before allowing them to attend a screening. Fincher has never shied away from the harsh or gruesome, nor does he shy from showing scenes of graphic torture and violence, if it achieves or furthers his aim. Fans of his work in general and of this movie in particular will deny anything is gratuitous, and as uncomfortable as it makes the audience, in the case of Dragon, I’d have to agree.

Some would argue the serial killer plot is territory well covered and so well executed previously by Fincher that it feels like more of the same terrifyingly dark business as usual. Not sure what it says about a director when you start EXPECTING to see a head in a box. Those naysayers have a point, but Woody Allen isn’t faulted for filming the same self-discovering nebbish wandering the streets of New York.

When for every 50 Hallmark Christmas movies a director like Fincher creates a pitch dark ode to dysfunction, revenge and thrill killing, a tatted and pierced angel gets their wings. His brand is bleak, and the Girl With the Dragon Tattoo, may not be for everyone, but it has a stark beauty. The opening credits, which play Led Zeppelin’s Immigrant Song and show what looks like a black on black (or bleak on black) liquid rorschach morphing into people, warns you you’re in for something only Fincher can create.

Watch at your own risk. But I’d say that about Hallmark Christmas movies, too. At least The Girl With The Dragon Tattoo will leave an impression. Just don’t let your holiday spirit get scarred in the process. 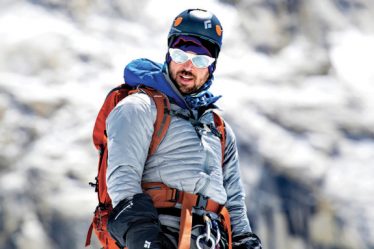 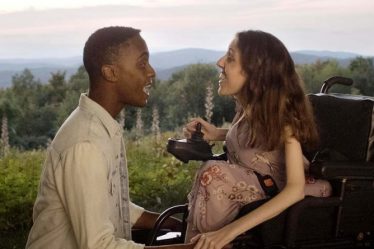