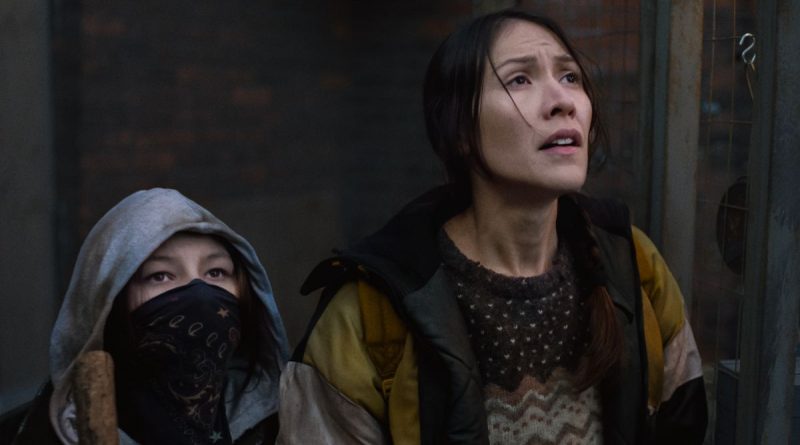 The first words uttered in voiceover in Canadian Cree and Metis writer/director Danis Goulet’s feature debut, Night Raiders, are “We knew they would come for us like they always have before.” Though rooted in dystopian storytelling that recalls some darker recent YA literature, the film is actually right out of the nightmares and collective memories of indigenous people around the world, particularly in the US, Australia, and Canada. Clearly, for Goulet, making a film is inherently a political act.

After a war in North America, a new military regime restructures society, with citizens living in relative splendor, and any poor or indigenous people left away from the city, in squalor, controlled by what they call “The Jingoes” with an iron fist, killed given the slightest provocation. All children are taken and put into State Academies, brainwashed, and trained as military pawns of the state. In their pledge of allegiance, it specifically says “one language”, which speaks to the real-world experience of forced assimilation by colonizers and the erasure of many of languages spoken by tribes around the world.

Niska (Elle-Máijá Tailfeathers, actor and director of The Body Remembers When the World Broke Open) has been hiding herself and her 11-year-old daughter Waseese (Brooklyn Letexier-Hart) in the brush for over 6 years in order to keep her from being taken from her. The first part of Night Raiders shows them in their part of the world, where food is scarce and medicine even more-so if you aren’t part of the chosen citizenry. Waseese steps into a trap and badly injures her ankle, so mother and daughter go into a village to get help from old friend Roberta (Amanda Plummer), who hasn’t seen her son since he was taken to school years before. Not being able to access proper medicine and afraid her daughter will die, Niska gives Waseese up to the Jingoes, who take her away to the school.

Then the two characters’ stories run parallel. Niska works to survive and get her daughter back while staying in an indigenous encampment where the elder speaks of a prophesy in which someone comes from the north to release them all from their struggle. Waseese, renamed Elizebeth by the Jingoes, struggles with living through the daily brainwashing, indoctrination, and military training. The stories converge in a very suspenseful and satisfying way, without Goulet beating us all over the head with messaging, but incorporating futuristic technology in an inventive and mythical way.

To read the Night Raiders review in its entirety, go to AWFJ.org HERE. 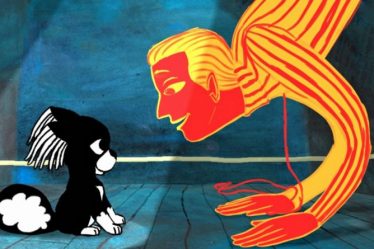