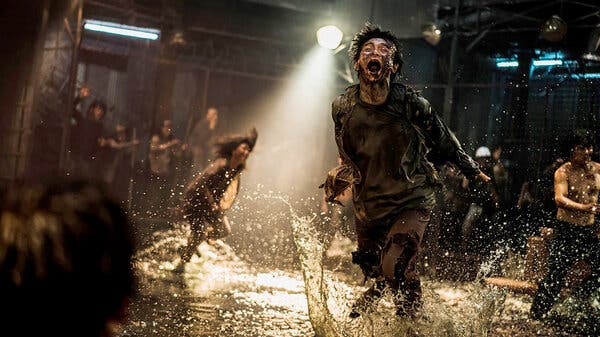 It’s a zombie heist movie! That’s a new one…A sequel to a sequel, writer/director Sang-ho Yeon brings us Train to Busan Presents: Peninsula, the follow-up to Train to Busan, which was his live action answer to 2016’s animated horror feature Seoul Station. While there’s no arguement that Train to Busan is (a rotted, gore-dripping) head and shoulders above the other films, Peninsula offers growling corpse to corpse action from start to finish, if that’s what you’re craving. Sang-ho Yeon comes in hot with an opening scene that starts with a zombie dragging itself across the ground, setting his audience up for nonstop action and horror. Those expecting the film to be the artistic equal to to Train to Busan, however, will be disappointed.

It’s been 4 years since Jung-seok (Gang Dong-won) had to leave nearly all he loved when the South Korean refugee ship he fought his way onto with his sister and nephew got overrun with zombies. He has been living a bleak, unfulfilling life in Hong Kong with his equally unhappy brother-in-law. He gets an offer that will change his life. If he returns to the quarantined peninsula to retrieve a truck full of cash, a portion of the take is his. The trick is getting in and out without getting eaten alive.

Complicating matters is a post-apocalyptic militia Unit 631, that likes nothing more than collecting stray humans to use as zombie bait in a cage battle reminiscent of Mad Max: Beyond Thunderdome. Jung-seok also connects with a mother and her two pre-teen daughters, one who drives like stuntwoman Kitty O’Neil, the other who treats zombies like they are part of her own personal video game.

For the complete review go to the AWFJ.org HERE. 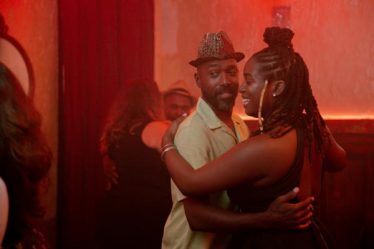