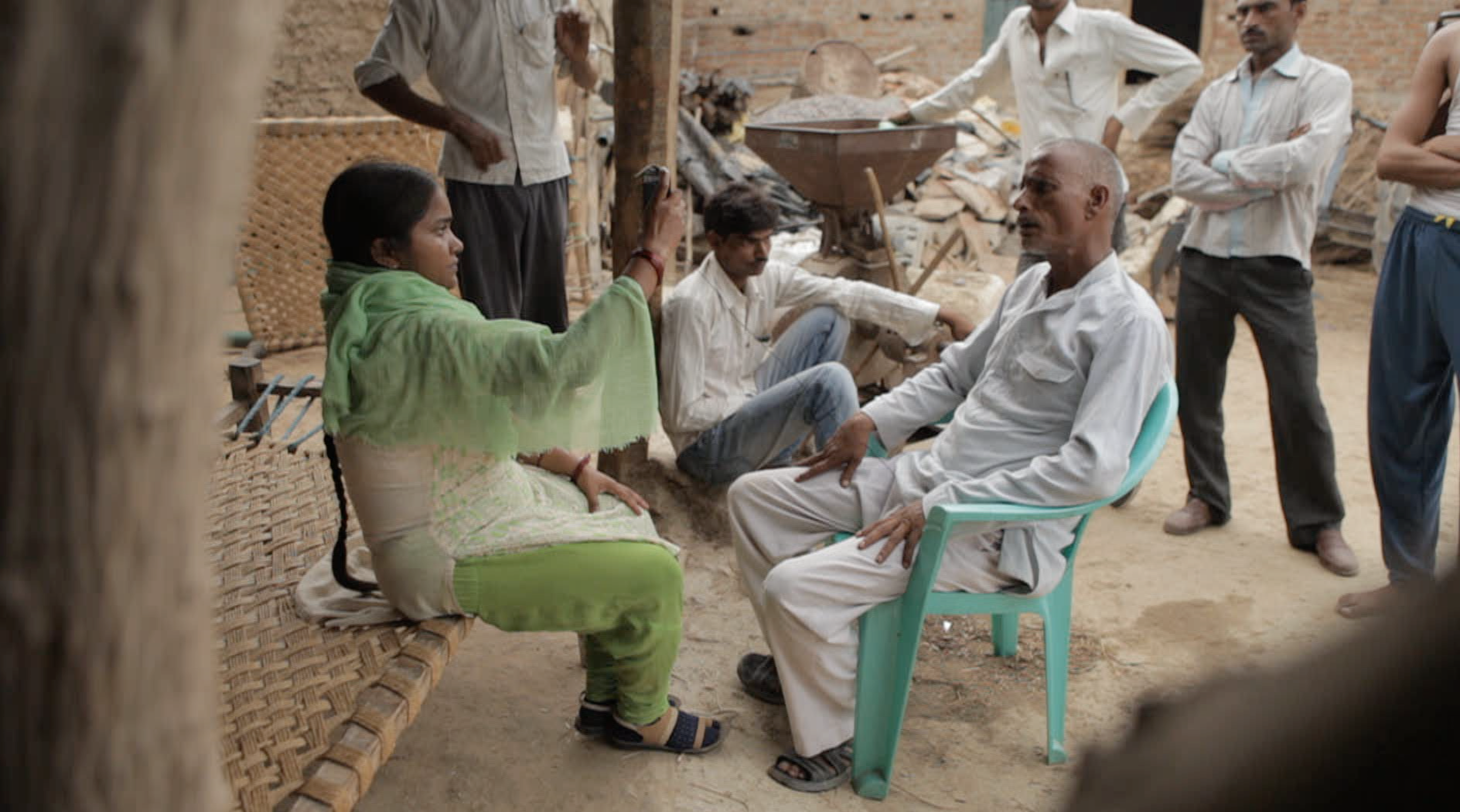 “Instead of patronizing me, why don’t you give me an interview.” This is the sort of fearless response offered by one of the intrepid female reporters from the Indian newspaper Khabar Lahariya (Waves of News), which was started and is entirely run by Dalit women. The Dalit caste is considered the lowest, or ‘untouchable’ societal group in India. These women, their courageous work, and the rise of Khabar Lahariya (or KL) is the subject of the new documentary Writing with Fire. Directed by Rintu Thomas and Shushmit Ghosh, Writing with Fire won the World Cinema Audience Award at Sundance 2021, and rightly so. It is not only inspirational but well-crafted filmmaking, showing women going against societal expectation to change their world for the better. To the film’s benefit, Thomas and Ghosh make certain the audience sees them doing so in quantifiable ways.

Writing with Fire is set in Uttar Pradesh, India’s most populated state, an area known for oppression of its minorities and violence towards women. After 15 years in print, KL commits to increasing their reach by building its online presence. Viewers watch Chief Reporter Meena, her colleague Suneeta, and other newer KL reporters as they investigate stories and build their YouTube channel. It goes from near invisibility to having 15 million views, and a number that increases rapidly to over 150 million views. Their coverage puts them in danger as women in environments mostly populated by men in power. Changes in policy and governance happen directly through their video stories calling attention to broken roads, unsanitary conditions, violence towards women, and political corruption, often to the betterment of Dalit citizens who have been underserved. One story leads to a whole town getting toilets. The government had been saying they were already there, but KL revealed that was a lie. Another story dealing with a rape case of a Dalit woman leads to an investigation of a crime that had been completely ignored until KL starts covering it. These women don’t back down, even in the most threatening of environments.