Inside Out Review: Invention and Influence make for a fantastic flick! 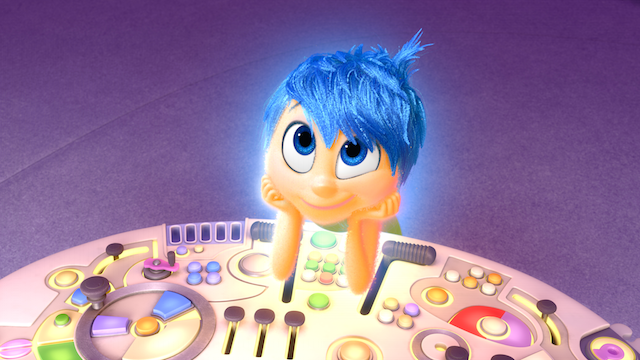 Inside Out Review: Invention and Influence make for a fantastic flick!

Cinema Siren reviews the new Pixar release, talks about the influences it uses from Disney history, and shares some interviews with director Pete Docter, and actress Amy Poehler:

For those who want to read the review:

Most adults have learned, or are continuing to learn the hard way, that a multitude of emotions are necessary to navigate the experience of being human.  But how far back did our minds start figuring that out?  That’s the main concept behind the gorgeously trippy, deep, and fun new release, Inside Out.  Pixar films have often been themed around cooperative adventures that lead to growth and a sense of belonging, while successfully making it accessible to audiences of all ages.  Helmed and co-written by Monsters Inc. and Up director Pete Docter, Inside Out takes that theme and brings it to delicious life in a new, exciting way. It is a clear signal to Hollywood that invention and originality do often lead to great finished works of cinematic art.

11 year old Riley’s mind has a control center with five emotions hard at work keeping her moving forward as she lives her rather idyllic life in Minnesota with her loving parents.  Since Riley is a happy kid,  Joy (Amy Poehler) is in charge.   Fear (Bill Hader) keeps her safe, Anger (Louis Black) makes sure she determines what is fair, Disgust (Mindy Kaling) judges what might be physically or socially poisonous, and sadness, (Phyllis Smith) is there for some reason none can quite discern.   When Riley’s parents move with her to San Francisco, it’s the job of her emotions to help her handle the transition.  Her acute homesickness appears to Joy to be causing havoc at headquarters, and things go very wrong when in the confusion Joy and Sadness accidentally get transported to the farthest reaches of Riley’s mind.  They have to journey back through everywhere from imagination, train of thought, the dream center, and abstract thinking to the scary subconscious…coming across one of Riley’s childhood memories Bing Bong along the way, while hoping all doesn’t fall apart as fear, disgust and anger run headquarters.

To anchor the story in believable constructs, the animators and writers of Inside Out connected with experts in the field of neuroscience, and decided the 5 emotions they feature based in part on the expert advice of a psychology professor, Dr. Dacher Keltner.  He suggested the five that made every psychological researcher’s list.

The actors are well chosen for their roles, and going forward Amy Poehler may forever first be identified as ebullient, plucky central figure Joy. There are worse career problems.  Character art director Albert Lozano said Joy was designed by taking an image of a sparkler and adding a face, legs, and hands, and she really does feel like she glows.  Character actress Phyllis Smith brings authenticity to Sadness, hitting every lethargic, woeful note.  It would be great for Inside Out to open more doors for her, or at very least glean her a well deserved Annie award for voice acting.  Hader, Black, and Kaling round out the cast of emotions so well it’s hard to imagine anyone else playing each part.  Richard Kind also adds delightful dimension as childhood pal Bing Bong.

Director/co-writer Docter was inspired for Inside Out by his daughter Elie, who started changing as a pre-teen from exhibiting mostly joy to a variety of more complicated emotions harder for him to read as a parent—Those changes made him ask himself what was going on inside her head.  Elie was also the inspiration for young Ellie in Up, and even supplied her voice.  Indeed the human characters in Inside Out, Riley, (played by Kaitlyn Dias) and her mom and dad (Diane Lane and Kyle MacLachlan) are classic Pixar designs reminiscent of those from UP and Toy Story.

The visual landscapes in Inside Out not only further the story, but allow for connection by child and adult audience members.  There are two very clear worlds, the outside world Riley experiences as she reluctantly explores her new home, and the inner world of Riley’s mind.  The outside world is very subjective but desaturated, whereas the mind world is full of bright color, caricature, and geometry. Production designer Ralph Eggleston says they looked at it as a Broadway musical from the 1950s.

There’s no question Pete Docter, who attended Cal Arts (which was nicknamed Disney U) respects the history of animation and has always allowed his influences to actively inform his work. He has mentioned many times how important Disney’s 9 old men were and are to him as an animator, and even authored a collection including 9 flip books with original art from each of them (which you should check out online or at a bookstore near you!)— Inside Out’s influences stretch across animation history, although visually they seem to have chosen mostly mid-century cartoons as inspiration. Disney’s 1943 short Reason and Emotion, with its metaphoric struggle between the caveman (emotion) and pencil-pusher (reason) deciding how we choose our actions, was a sort of the precursor to “Inside Out”.  Then Disney’s 1953 short Toot Whistle Plunk and Boom, a trip-fest with its mid-century modern minimalist aesthetic looks to be a part of how Inside Out is designed, especially as part of the mind’s deeper recesses.  Also, Sadness looks startlingly like a mix of the professor Owl in that short and the film’s Oscar winning director, Ward Kimball, an animator Disney called a genius, who was, incidentally, one of Disney’s Nine Old Men. 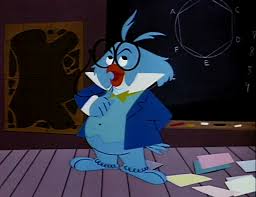 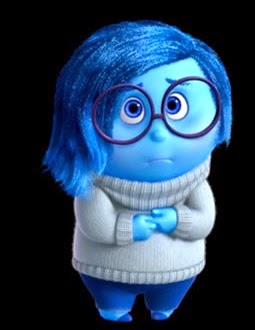 My absolute favorite section of Inside Out is when Joy, Sadness, and Bing Bong traverse through the abstract thought section of Imagination Land, and various things start happening to them based on how the mind works.  That scene is reminiscent of one of my favorite Chuck Jones cartoons, 1953’s Duck Amuck, and Jones is another animator Docter sites as a major influence.

The deep message of Inside Out is about allowing both joy and sadness, as well as other less charming emotions like disgust, fear, and anger, room to inform our growth and expansion as people.  It may seem a simple idea, but Inside Out examines and uses the philosophy and psychology of what the mind is and how it works, and what role emotions play in human interaction.  It does so with all the usual Pixar flair for placing bittersweet truths and life lessons in layers ways both children and adults can access.

I give Inside Out 5 out of 5 stars—for being well voiced, multi-layered, fearless, gorgeous, and inventive. 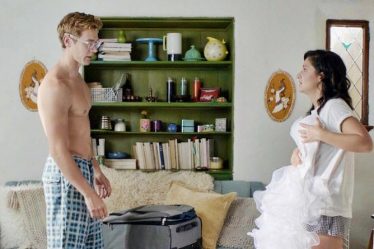