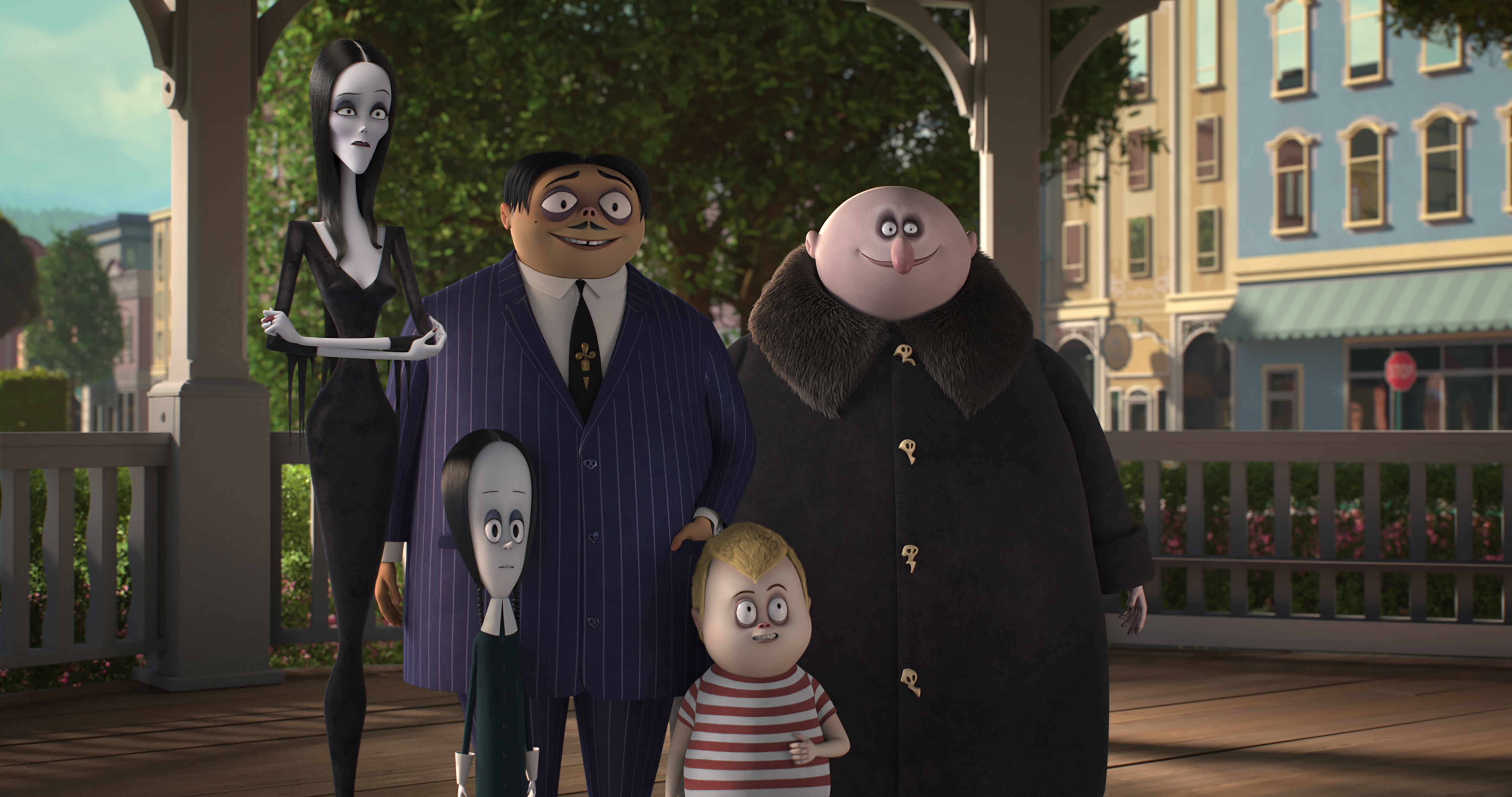 Created by Charles Addams, The Addams Family has had a long and storied career, starting with their appearance in the New Yorker as a first single-panel cartoon in 1938. The characters have since been represented in a 60s television show, a film series, several animated series, and even a Tony-nominated Broadway musical. It was set to be interpreted through stop-motion animation by Tim Burton, but that project was cancelled. Now, in time for the 2019 Halloween season, there’s a new 3D computer-animated film of everyone’s favorite goth gang, once again called The Addams Family, with the design of the characters designed as an ode to the original Addams illustrations. That they bring to mind the artist’s original style is one of the best things the film has going for it.

An origin story of sorts, the film begins with Gomez and Morticia (voiced by Oscar Isaac and Charlize Theron) at their unorthodox wedding, which the townspeople descend upon, making the newlyweds take it on the lam, in search of a new home. Welcome to New Jersey (a nod to artist Charles Addams’s birthplace). They settle in a former lunatic asylum on a hill, and in only a montage later, we are 13 years later, in the present day, with  daughter Wednesday (Chloe Grace Moretz), son Pugsley, (Finn Wolfhard) and butler Lurch (Conrad Vernon, who is also co-director of the movie). A prefab community has been built down the hill, spearheaded by TV home makeover show host, Margaux Needler (Allison Janney), and when the fog clears, she realizes she has to get rid of the gothic eyesore putting her profitable venture at risk. Meanwhile, Pugsley is preparing for a coming-of-age ritual called the “Sabre Mazurka”, and he’s not up to it. Various complications arise, including the arrival of the Addams extended family, and  the challenges to Morticia of Wednesday’s teen rebellion. For the love of goth, she starts wearing pink!

The biggest issue with the film is with pacing and editing, which I don’t understand, because between them, editors Kevin Pavlovic and David Ian Salter have worked on Sausage Party, Finding Nemo,Toy Story 2, and other well-paced films. Pervasive deadpan humor must be partnered with swift editing and a strong script that moves swiftly along. There are lots of good jokes, but they are expected to keep the audience entertained without the use of contrast, and they start feeling stretched in between big gaps of inaction. Where are the whirlwinds that foil the low hum of energy coming from most of the lead characters? At very least, the conflict with Margaux Needler should have been directly between her and Morticia, with them physically playing against each other. Instead, we have two very different elements, that of the candy-colored prefab community and the dilapitated elegance of the Addams mansion, and figures from those two environments interact far too infrequently.

There is a good movie in there somewhere, and, in fact some viewers might resist the ennui that threatens to take hold between gags. If the intention on the part of the filmmakers was to create in their audience the “ooky”, vaguely depressed feeling the Addams family share, they certainly achieved their aim with this critic. The jokes are good, and the production design and art direction by Patricia Atchison and Kyle McQueen are impressive enough that they offer valuable diversion when nothing else is happening. Had they had better editing, or a bit more active business in their scenes, the filmmakers of The Addams Family might have had a fun Halloween hit on their hands. Given the cost of a trip to the multiplex, families might be better served sitting together at home, watching Coraline or Coco, or binging The Dark Crystal Age of Resistance, all on Netflix, or finding a local theater showing Hocus Pocus on the big screen. 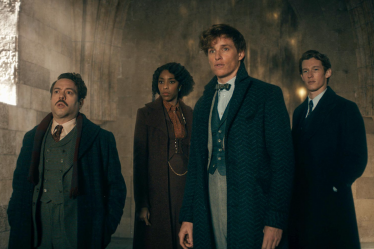