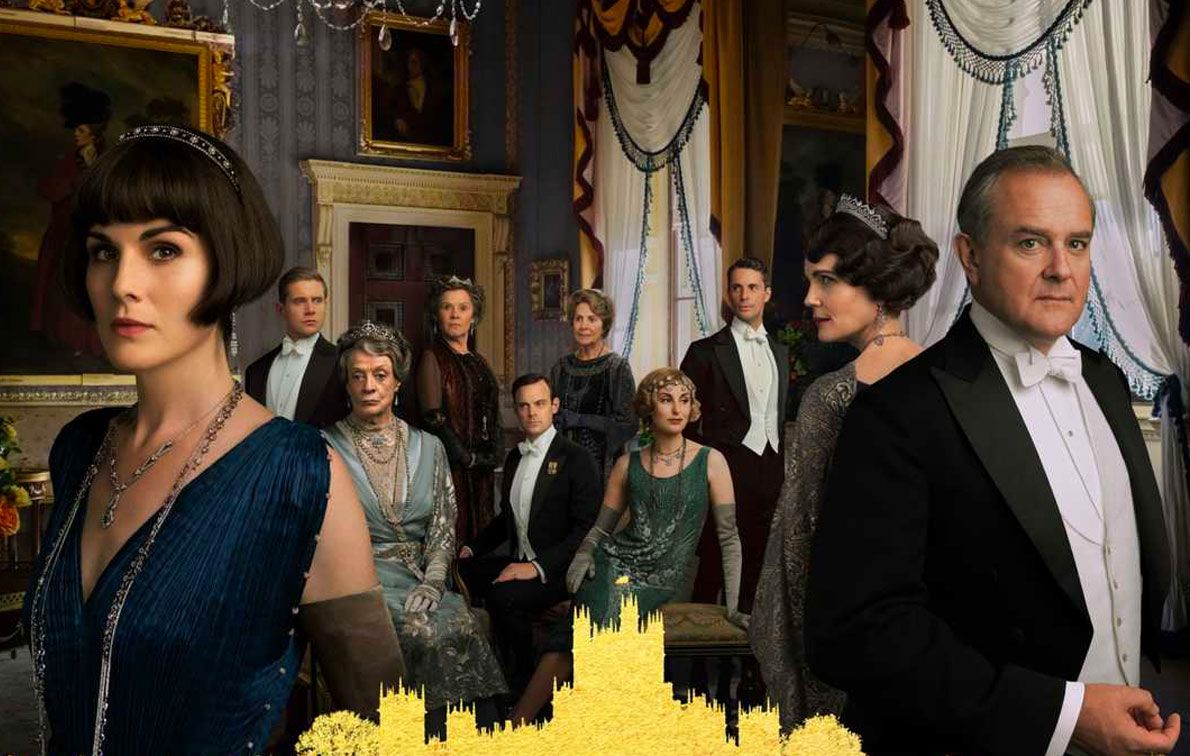 You don’t really know the fans of Downton Abbey until you sit in a darkened theater as the first strains of the theme song start playing, to a bust of applause, and even a few gasps.  Thus begins the feature film that feels like its only raison d’etre is to tie all the storylines and character arcs into big, flouncy bows, of the kind one sees on the back of a bejeweled 20s-era frock.

It barely matters what happens over the course of the 2 hours. Devotees will most thrill at Dame Maggie Smith and Penelope Wilton’s verbal sparring, with the costuming and manor house views running a close second. It is indeed a good thing the plot is of little consequence, since there is so little of it. The king and queen come to Downton Abbey overnight. Chaos, upstairs/downstairs machinations, minor scandals, and general rich white manor house people problems ensue. The characters, all of whom have their fans, have quite a wide spectrum onscreen representation, from those who star (Smith’s Lady Crawley, thank goddess for snarky, smirking matriarchs, and Allen Leech’s Tom Branson, thank god for ever-grieving Irish upstarts), to those featured (Elizabeth McGovern and Hugh Bonneville share a fair amount of screen time), to those barely there (Brendan Coyle and Matthew Goode, who must be busy on other projects, because between them, they might have 20 lines).  All story threads, as written by show creator Julian Fellowes, are clearly designed to create a feeling of comfort and closure for lovers of the acclaimed, award-winning series.

Sitting with me in the audience, I had a longtime fan, a fair-weather viewer, and one ignorant of all things Crawley.  The divide of how much they enjoyed the film was entirely based on how wrapped up in the characters they were. Without knowing and having watched the series, all the costumes and quick quips added up to nothing. The longtime fan, however, giggled, applauded, and smiled through nearly the entire two hour running time. For myself, I do find Maggie Smith, Elizabeth McGovern, and Imelda Staunton so watchable, they make the time, however it may be frittered away with the glacially paced script, fly by. That is some power these women wield.

I found myself giving in to protracted ogling sessions with the headpieces worn during the king and queen’s visit. Laura Carmichael’s Lady Edith adorns herself with no less than 4 different tiaras and bandeaus, although honestly I lost count. It especially helped pass the time while Michelle Dockery’s Lady Mary whingeing on about how hard it was to order the servants about and plan parties. The subplot that includes several lowborn characters rising above those of high birth is not enough to balance out the conspicuous wealth on display, however hard it is on the characters to exhibit said wealth on their version of a shoestring. I wish Rotten Tomatoes reviews had a special asterisk giving proper credit to the costume designer.

It’s best not to consider, given the film is set somewhere near 1929, the ‘devil’s decade was just around the corner. The Wall Street Crash in 1929 led to The Great Depression in Britain between 1929 and 1939. Do you suppose the Crawleys were impacted? Did they have to fire all their staff and sell Downton Abbey? Gratefully, that would a subject for another, far darker sequel which will likely be left blessedly unmade.

For now, if viewers, especially fans, let themselves go and enjoy the fluffy proceedings, there’s enjoyment to be had in Downton Abbey. Just drink (a very expensive) coffee, put on your best beaded silk dress, and forget for a few hours that in 2019, both America and England are going to hell in a hand basket. We can use all the Maggie Smith we can get. 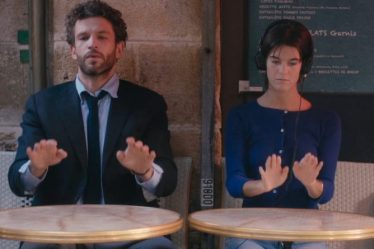 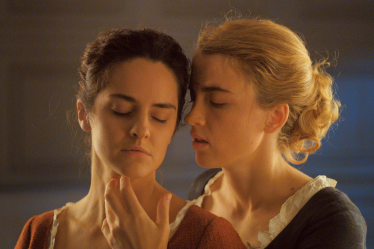