Now You See Me 2 Review: No You Don’t

Magic is everywhere. At least that’s what the filmmakers of this week’s release NOW YOU SEE ME 2 would like its audiences to believe. Do they succeed with their task to thrill and amaze as magicians do, or is the decidedly uninventive name indicative of the film as a whole? Did they deliver more of the same slight of hand as the first, but with less excitement and little surprise?

The Four Horsemen have been in hiding since their flamboyant caper enraged the FBI and made them heroes in the first film. Ego-driven Atlas (Jesse Eisenberg), Merritt (Woody Harrelson), Wilder (Dave Franco) and newcomer Lula (Lizzy Caplan, replacing supposedly too-pregnant yet smartly absent Isla Fisher) take their orders from detective and closet magician Rhodes (Mark Ruffalo), who has a direct line to “The Eye”, a sort of illuminati of worldwide magicians righting wrongs Robin Hood-style.  They resurface together to perform a dramatic stunt meant to take down a crooked internet wunderkind. Instead, they get derailed and subsequently blackmailed by tech prodigy Walter Mabry (Daniel Radcliffe).  He tells them they have to steal some kind of computer hardware in order to stay alive and clear their names. Michael Caine and Morgan Freeman, who reprise their roles from NOW YOU SEE ME, both figure in important ways to the plot, but have little screen time, perhaps to their benefit.

As you might have guessed by the title of the review and description of the movie, this retread, while it boasts some A-list and highly skilled, talented actors, is so much worse than anyone could imagine, that it led to a number of critics actually walking out mid-screening.  The trouble starts early. The script, from minutes in, repeatedly telegraphs information as if the audience is ignorant and devoid of any powers of deduction.  The jokes, which are mostly Caplan and Harrelson’s domain, fall flat. That can be blamed on the bad editing and dialogue, as can much of the failure of NOW YOU SEE ME 2.

Don’t get me wrong.  I’m one of the people who enjoyed NOW YOU SEE ME.  It was a fun, flashy flick that I found a pleasure to watch.  The credit for that must go at least in part to director Louis Leterrier, so when he was replaced by Jon Chu, of the ill-fated JEM AND THE HOLOGRAMS, it sent up red flags, or should I say red-eyed rabbits. These actors, who can claim number of Oscar noms between them, can’t be held responsible for such a disastrous final product. That means we’re looking at you, Chu. You’d better regroup and reassess before filming the already announced NOW YOU SEE ME 3.

What little fun that can be had is courtesy of scenery-chewing performances by Harrelson and Radcliffe.  As identical twins, Harrelson finds a way to bring viewers along as he pushes his roles over the top into camp territory. Radcliffe amuses as the petulant, dangerous little turd fouling up everyone’s plans.

Caplan is playing such an obvious odd-girl-out that half her lines reference sexism, yet she her character does little but moon over pretty boy Franco. What a waste. Caine, Freeman, Ruffalo, and the woefully underused Sanaa Lathan as Agent Natalie Austin are all just reflecting their journeymen day-player skills, raising, or attempting to raise material so beneath them, it could be trash stuck to their loafers.

A disappointment so pervasive that it leaves heads shaking at the end credits, this movie could entertain a few diehard fans of those who star in it, but only if they leave their discernment and brains at the door. 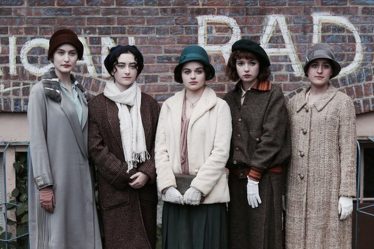