Women Rocking Hollywood 2017 was Victoria Mahoney, Aurora Guerrero, Tina Mabry, Rosemary Rodriguez, Angela Robinson, Gina Prince-Bythewood, and Kirsten Schaffer. All Hollywood Powerhouses!  Such graciousness and talent. It’s incredible to me that at SDCC, in an environment full of famous people and A-listers, I would not trade for anyone within a 5 mile radius, the female directors I spent a day with and featured on the 2nd annual panel of Women Rocking Hollywood. I also can’t imagine most male directors working today being so complimentary and supportive of each other.  In fact, Victoria Mahoney said “When one of us rises, we all rise.”  That sentiment was reaffirmed and embodied repeatedly by all the panelists.  It was an honor to highlight their work and the importance of changing the status quo in Hollywood.

If we have more talented women being hired across all the genres of film and television, we will get more diverse art on screens both large and small.

We had a full house, in fact, we had many people outside who couldn’t get in to the panel.  We hope to have a larger room next year, and will also be posting the panel on YouTube and Amazon for those who want to hear the inspiring, positive, and very articulate commentary from these women.

Women Rocking Hollywood was covered by some great outlets both before and after the convention.

The point of this panel and why I wanted to have it at San Diego Comic-Con, the mecca of all things pop culture, is that SDCC is for the fans. It gets fans of all genres and all subjects excited about what’s coming, celebrates what they love, and allows contact with the filmmakers and stars they love.  I believe fans can and will have a huge impact on moving us toward a 50/50 balance of women directors, writers, and artists below the line.  Fans can force Hollywood and the extended film industry to consider the Bechtel Test and how women are represented. They can do it by voting with they pocketbooks and by word of mouth.  SO…follow these women on twitter, see their shows, (like Queen Sugar, which has ALL female directors), support Women in Film:LA, which is doing amazing work towards changing the industry, go out to see new movies created by women at the theater, and promote their projects.  For myself, I take it far enough that I don’t see movies without female representation in the crew, unless the film offers some other aspect of diversity, although interestingly, diversity and acceptance/hiring of women for the crew often goes hand in hand (but not always)…

DO I SOUND LIKE A BROKEN RECORD? Well, something more important is broken, and we have to fix it. We can do it together.  We don’t have to support crappy untalented directors, either.  Every woman on my panel is exceptional and is well-regarded by critics and film academics, and that is just a small sample of the great talent out there.

Here was the panel description:

Women Rocking Hollywood: Women Directors Changing the Face of Film and Television Wonder Woman broke all records in Hollywood for a film helmed by a female directors.  Now What? While there’s still a long way to go to equal the number of women behind the camera with women, who make up 51% of the population, shows like Jessica Jones, Queen Sugar, and The Leftovers are making a huge difference by committing to the inclusion of female directors. This 2nd annual panel at SDCC focuses on the incredibly talented, successful women expanding opportunities for women in film who have made noise and winning awards with their work on both the big and small screens. Scheduled to appear: Kirsten Schaffer (exec director, Women in Film: LA) Tina Mabry (writer/producer/director: Queen of the South, director: Dear White People) Rosemary Rodriguez (writer/director: Silver Skies, director: Jessica Jones, The Walking Dead) Victoria Mahoney (director: Queen Sugar, Gypsy, American Crime) Aurora Guerrero (writer/director: Mosquita y Mari, director: Queen Sugar) Angela Robinson (writer/director: Professor Marston and the Wonder Women, True Blood) and Gina Prince-Bythewood (writer/director: Love & Basketball, Beyond the Lights), the first woman of color hired to helm a superhero film for the upcoming Silver & Black.. Moderated by Leslie Combemale (Cinema Siren)

Here are some of the great articles written about it:

Fox5 “What Not to Miss Saturday”

Good.is “Women had their Best Showing Ever at this year’s Comic-Con” (shared over 800 times and counting)

Paste “Gina Prince-Bythewood is One of the Women Rocking Hollywood”

YES IT WAS A SUCCESS, BUT…women in film have a mountain ahead of them to climb, whether they are directors, or below-the-line crew.  Just look at this video, which gives just a tiny look into the experiences they routinely go through: 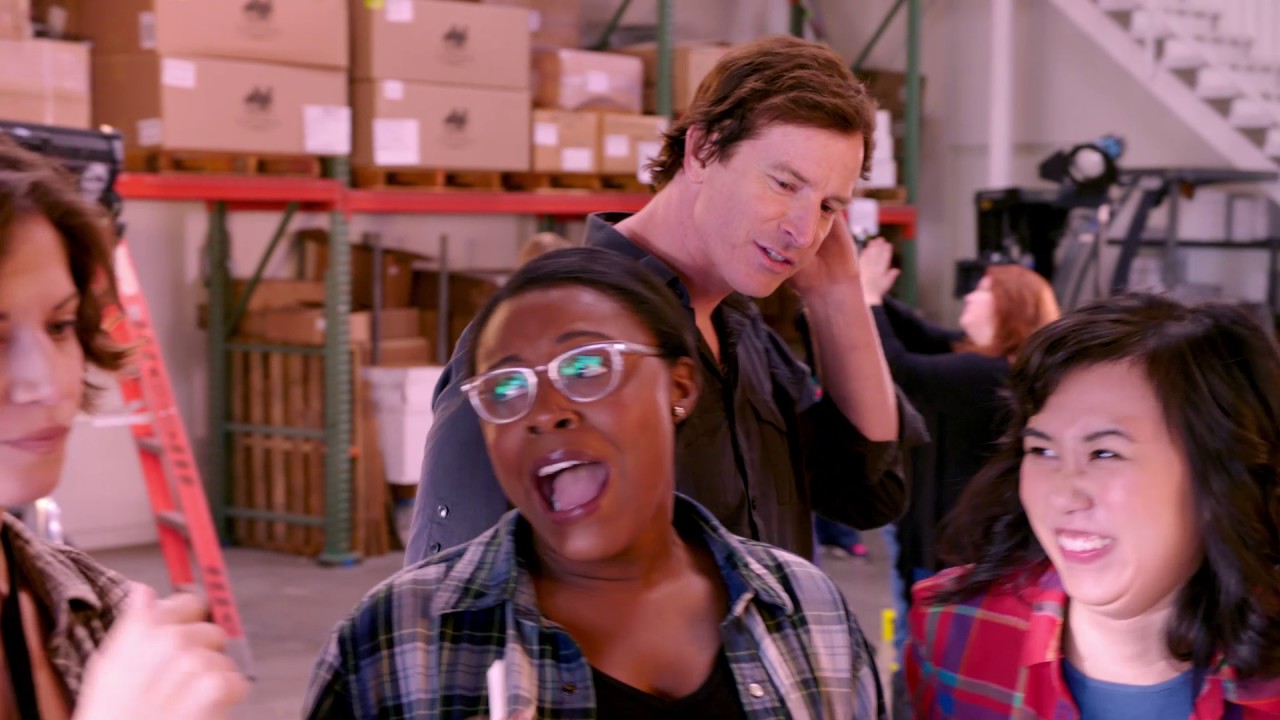 They need fans and film lovers to act as support sherpas on their way up the Everest that is patriarchal Hollywood. It’s up to all of us to help them in all the ways we can by following them on twitter, supporting their films, and loudly echoing each other to become one the voice for equality.

We will be back next year, and will cover women-centric and female written and directed projects throughout the year, both on Cinema Siren and WomenRockingHollywood.com.

Read us, and also other great sites supporting women like Women in Film: LA, and Women and Hollywood.