This Justice League origin story, inspired by the New 52 relaunch, was full of action and quippy one-liners between our favorite superheroes. This is not a movie about your parents’ Super Friends. These heroes swear and fight each other on their rocky path to success as a team.

A choice insult from Batman to Green Lantern: “Take your glow stick and go home.” …Of course this is all part of the fun since the audience knows they will end up aligning for the greater good of our planet.

Fans of the comics should not expect a direct adaption. Producer James Tucker addressed some of the changes, such as removing Aqua Man so that he can have his own movie at a later date, and adding Shazam. Director Jay Oliva spoke about altering Cyborg’s origin story, making it fit more with the story line of this film. The character design was also influenced exclusively by Jim Lee’s work on the comic. As to the characters as a whole, designer Phil Bourassa said that he used previous looks as “blue prints,” keeping the iconic elements in tact while adjusting other elements to make them unique to the film. During Q&A, one fan asked Bourassa about Wonder Woman’s new look specifically , to which he replied that the goal was to make her look strong and athletic while keeping her iconic bracelets and tiara. Actor Christopher Gorham also joked that he had “never looked better on film,” referencing Bourassa’s Flash.

Dialogue Director Andrea Romano also explained her work. She said that when she directs voice acting rookies her goal is to get the actors to trust her. She tells them, “I won’t let you sound bad. I’ll recast you before I let you sound bad.” Her usual interview answer still stands, that there will be some returning voice talent and some new blood for future DC animated films. One of the voice challenges for this film was to have the three “smart ass” characters (Flash, Green Lantern, & Shazam) sound distinct, so audiences could know who was speaking even when the character wasn’t visually on screen. Gorham- as the Flash- needed to have some lines delivered more quickly, and the actor shared that he was a licensed auctioneer. In less than two minutes he had the whole audience chanting like an expert auctioneer.

One of the most entertaining moments during the panel discussion was Oliva sharing that he would really enjoy directing live action Romantic-Comedies. When the audience thought he was joking, Bourassa shared that when Oliva teaches a storyboarding course, there is an entire class devoted to You’ve Got Mail.

That interest in humorous chemistry between characters is demonstrated in a few choice scenes between Wonder Woman and other members of the Justice League. This film, however, is anything but mushy. It has over-the-top action. Oliva says he was inspired by his trip to Tokyo and the outrageous action sequences found in Japanese films. Gorham commented that all is well integrated, and “feels like part of the same world”. In this he is referencing the relationship between DC’s live action films such as Man of Steel and all the animated features, and at very least this attendee heartily agrees.

Overall, the film and discussion were well worth the trek through a blizzard. 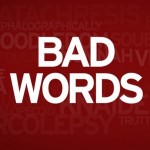