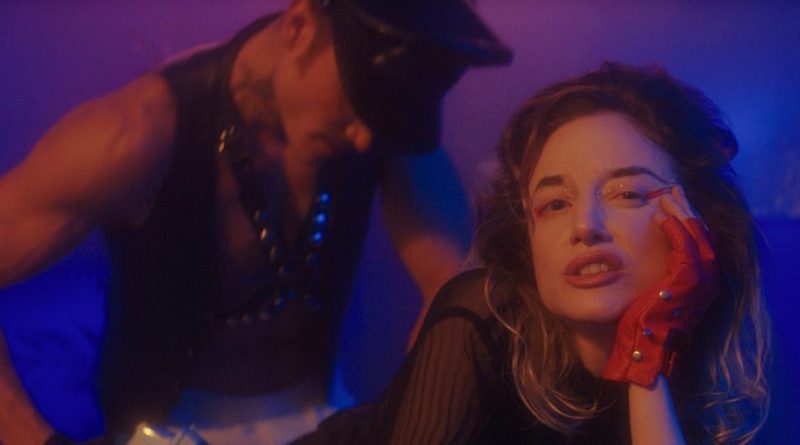 Imagine a talk-y mash-up of Rocky Horror Picture Show and West Side Story by way of Ed Wood, and you might come close to approximating Amanda Kramer’s theatrical uber-indie Please Baby Please. Kramer also appears to draw inspiration from Kenneth Anger and his 1964 release Scorpio Rising, as well as a list of Fassbinder and John Waters flicks, in a film that does more unpacking and chitty-chatting of gender limitations and the dangers of toxic masculinity than a Sarah Lawrence College master’s thesis.

Suze (performance chameleon Andrea Riseborough) and Arthur (Harry Melling, finding further escape from his identification as Dudley Dursley in the Harry Potter film series) strain at the confining traditional 50s-era hetero lifestyle. They may celebrate bohemia with beatnik friends in their Lower East Side apartment, but it’s clear they both want more. When they encounter a gang of greasers called The Young Gents, all leathered up and looking for trouble, their ennui shifts to lust and a yearning they struggle to identify. One of the Gents, Teddy (Karl Glusman) awakens Arthur’s queer thirst, while Suze finds herself casting off all aspirations to be a good housewife to embrace her inner leather daddy.

If the above description sounds like fun, it is. As one might imagine, the proceedings feel like a bit of a psychedelic trip without the need for acid. Riseborough as Suze literally barks and howls like a caged dog, delivering her lines with fuck-you flamboyance, as if daring the film’s audience to call her unladylike. Melling’s Arthur walks an interesting line between confusion and frustration, as he outs himself little by little, vacillating between self-loathing and acceptance of his femme identity.

There’s a fear that Suze and Arthur might talk themselves or the audience to death before they get where they’re going, and that’s the weakest aspect of the film. There’s so much going on in the production design, music, and choreography Kramer could have trusted to show instead of tell in the storytelling. The first musical scenes featuring The Young Gents are flamboyantly lit and costumed, and set the stage for all the performers to play with masculinity, gender, and queerness. The times characters stop talking, and the music, dancing and singing take over happen far too infrequently. It feels like those moments get at what Please Baby Please is ultimately trying to say far more than the many scenes bogged down by dialogue. 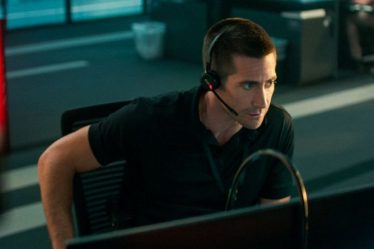 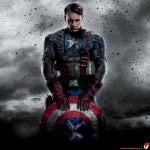