“Prisoners” – The Hugh and Jake Show 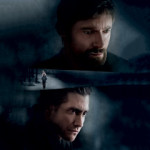 Prisoners should come with a warning: Angst alert! Sitting through the new film by Oscar-nominated Quebecois director Denis Villeneuve, is like choosing to experience 2.5 hours of emotional torture. But potential audiences shouldn’t let that keep them from journeying through the complicated morality maze that is this story of abduction, vigilantism and twisted religiosity.

Oscar buzz abounds about lead Hugh Jackman, who plays working stiff Keller Dover. It is Thanksgiving and two little girls, Anna and Joy, have disappeared. They were seen playing near a decrepit RV. Dover, Anna’s father, shares his terror and anguish with his wife Grace (Maria Bello), and Nancy and Franklin Birch (Viola Davis and Terrence Howard), Joy’s parents.

Dover believes himself to be a good, God-fearing man. “Pray for the best, prepare for the worst,” he says. He sings the “Star Spangled Banner” in the shower. Time ticks away and they get more and more panicked. After both families have searched for hours, detective Loki (Jake Gyllenhaal) who has a perfect record at solving cases, is called to the scene. His first stop is checking out the RV, and its creepy, laconic inhabitant Alex Jones (Paul Dano). Loki quickly rules him out for having the IQ of a 10-year old.

While the detective continues his exhaustive work to find the children, Dover activates his own rescue mode, as if his survivalist handbook says nice guys not only finish last, they sit idly by and let their daughters die. No more Mr. Nice Guy. Believing Alex Jones is somehow involved, Dover takes matters into his own hands. 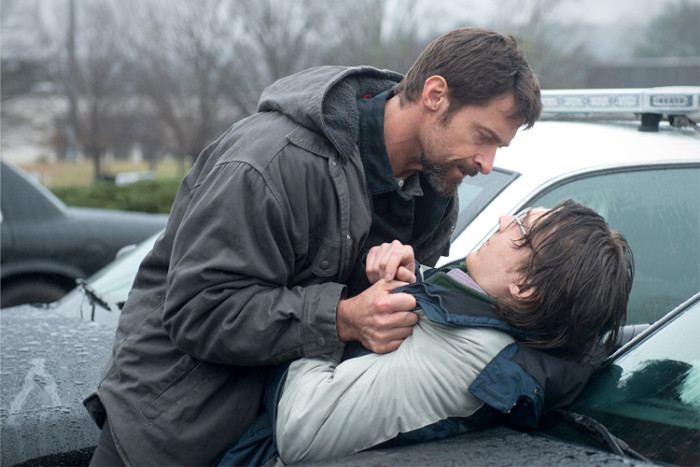 Dread and discomfort are constant companions to viewers, who can probably thank the recent infusion of Scandinavian bleakness to the landscape of movies and television that brought us the film Girl With the Dragon Tattoo, and TV shows like The Killing and Wallander, for the deliberately slow yet taut pacing. Not a moment seems wasted, however, and in Prisoners it is time spent in a dark world of visual splendor on which legendary cinematographer Roger Deakins has built his career. From Revolutionary Road to Skyfall to No Country for Old Men, Deakins knows how to seduce viewers’ attentions amidst the bleakest of story lines.

Jackman and Gyllenhaal are a study in contrast. Although they both seem tightly wound, Jackman’s character, which is far more developed, seems a characterized answer to the question: What happens when coiled self-control is unsprung through uncontrollable circumstances? All moral bets are off.

Gyllenhaal begins and ends with the same dogged determination, the same pessimism and thinly veiled anger, and the same moral center. Kudos to him, as the actor must build character subtext out of scant scripted development. He has tics, tattoos and personal habits the audience never learns the reason for, but it allows a connection that keeps viewers wishing he finds answers not only to save the children, but for himself, to silence some unexpressed inner demons to which we are not privy. 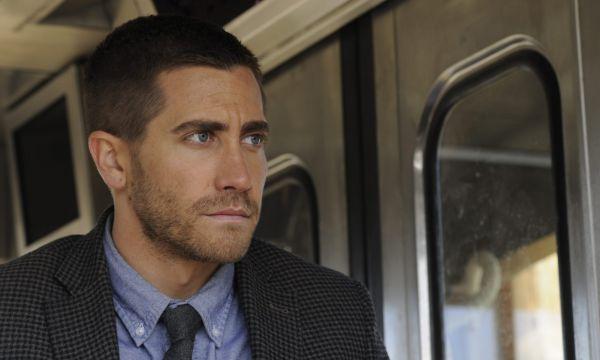 The one real problem with the film, and it is a small one, is the woeful underutilization and characterization of the co-stars. Why bring on such star power only to squander it? Maria Bello disappears for great chunks of the movie, Viola Davis and Terrence Howard’s characters are left as single notes of moral ambiguity, and Melissa Leo is given a role that narrowly escapes cliche. Due to lack of character development there are a few inexplicable holes in motivation or logic, but the intensity and focus of the story, and what amounts to thespian sparring, make this the Hugh and Jake show.

Ultimately if Prisoners is more than just a convoluted yet formulaic mystery, it is because of the questions raised about subjective, movable morality. Sometimes goodness and evil are equally present in one person. Sometimes evil is done under the guise of godliness. “God made me do it,” “Nevermind God” and “God will understand” could all be said by someone at some time by characters in this movie. v

The real question becomes about who the real prisoners are. Profundity or claptrap? You decide. To those who want to investigate for themselves, this cinematic trip is worth the torture. 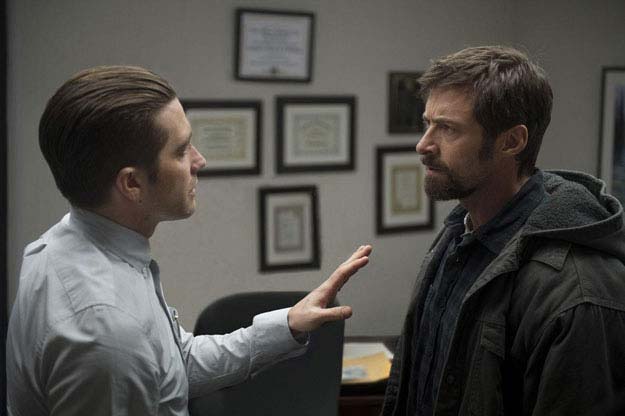 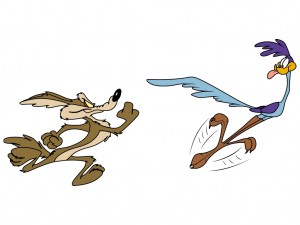