Spellbound by Harry Potter and the Deathly Hallows Part 1 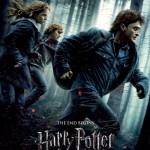 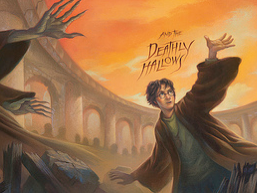 For fans of the books, the movies, and lovers of all things Harry Potter, muggles and wizards alike, the prospect of this beginning of the end, this first of two Deathly Hallows movies, is at once an exciting and bittersweet affair. They have grown to love the characters fiercely and want to immerse themselves enthusiastically in these last two movies. They want to hiss at the villains. They want to take up wands in solidarity for the heroes as the story trundles toward the inevitable final battle between Harry and He Who Shall Not be Named. They will stay committed.

But not if it sucks. If it sucks they may march on the gates of Warner Brothers and Leavesden Studios with screams of “Avada Kedavra”. Well…. this reviewer has good news for witches and fans of Harry Potter everywhere…

Visually beautiful, sometimes otherworldly, sometimes sad, surprisingly poignant, funny, and touching, as well as increasingly well acted by the co-stars, Deathly Hallows part 1 is not only worth seeing, but will live up to and may even exceed the hopes and expectations of the most demanding and hyper-critical fans of the Harry Potter series.

This is no “Half Blood Prince”. While there were enjoyable aspects of the last film, it seemed jumbled and overly dark in both the visuals and the narrative. The filmmakers left out what many fans thought were important points of plot and character development. This may be why much of the fan base didn’t squawk overly much about splitting the Deathly Hallows book into two movies. So far the split has turned out to be a good idea. The fans will be heartened to know a “Thestral’s share” of the book’s elements have been included in the screenplay. HP7.1 smartly turns more focus on the emotional growth and turmoil of the three main characters, raising the stakes for the 2nd part all the more, as viewers invest and share in Harry and his clan’s narrow hopes of an ultimately positive outcome. 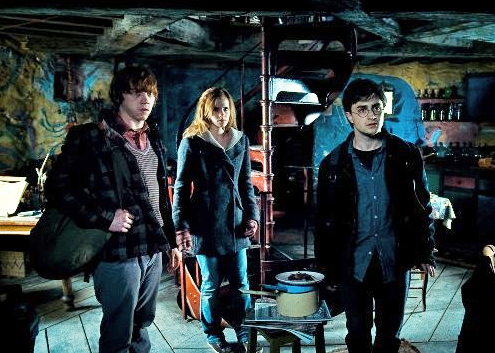 In part one, we join Harry, Ron, and Hermione, who are on the run from the Ministry of Magic, which has been infiltrated with Death Eaters. They are searching for the 7 Horcruxes, which are the keys to Voldemort’s immortality. Unlike the former movies, in HP7.1, most of the scenes take place outside of Hogwarts, which gives production designer Stuart Craig and Director of Photography Eduardo Serra the opportunity to show a new visual landscape, one that parallels our hunted heroes’ isolation and brings a stark and wild beauty to much of the movie.

FIlmed mostly on location in Burnham Beeches and the Scottish highlands, the scenes of the three camping out on craggy cliffs and forests suffused with dappled, shadowed light are juxtaposed with those at the hive-like, increasingly militarized, futuristic grandeur of the Ministry of Magic. They make for a diverse feast for the eyes. There are touches the fans will appreciate, like the new “Magic is Might” statue in the Ministry, and the appropriately hippytrippy Lovegood home, which is designed as a simple tower but close up is copiously painted with what is clearly Luna’s artistic handiwork. Bill and Fleur’s wedding is also a scene of great visual lushness, from the wizard-raised tent, to Fleur’s gorgeous wedding dress.

The movie certainly has it’s share of dark tones, as all who have been following the story or have read the books would expect. There are, however, moments of sweetness and poignancy, especially during the time Harry and Hermione are alone. In a scene added to the film, a dance in the tent showing the intimacy of their friendship, and a shared desire to seek out little moments of joy however awkward, is utter perfection. The silent moment they experience at an important gravesite and Hermione’s tribute is also quite lovely. All the important moments in the movie, from terrifying to tender, are enhanced with the score by Alexandre Desplat, which is filled with nuance that takes us from darkness to light and back again. 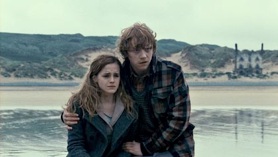 Rupert Grint, as I said after HP6, has been growing steadily as an actor. This is good thing, as he is called upon in this film to show subtleties of feeling and emotional truth that would have potentially ruined the whole movie had he not risen to the challenge. New members of the cast include veteran English actor Bill Nighy as Minister of Magic Rufus Scrimgeour, and Welsh actor Rhys Ifans as Luna’s father, Xenophilius Lovegood, both of whom are well cast, but are not seen much in this movie where most of the screen time is taken up by the three main characters. Tom Felton and Jason Isaacs, as Draco and Lucious Malfoy, show quite the range of emotion in their limited moments onscreen, especially in the much anticipated scene in Malfoy manor, which was beautifully designed by Stuart Craig. 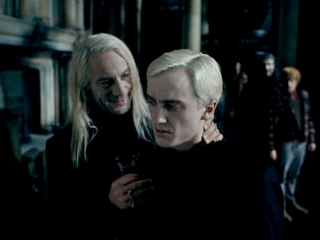 Much has been made of a topless kissing scene between two characters. It moves the story forward. It has a purpose. There’s lots of fog and blurry bits. Moving on….

There has also been concern that some will find this movie too long and too dark. For those who read all the books and are loyal to book series, this concern will prove unfounded. Whether those who were introduced to the characters and world of Harry Potter for the first time through the films will stay connected and engaged in HP7.1 remains to be seen. The flow of action and the pacing, which follows JKR’s book pretty closely, should keep their rapt attention. The suspense and excitement is well distributed, although HP7 innocents with ophidiophobia (fear of snakes) can officially consider this a warning… 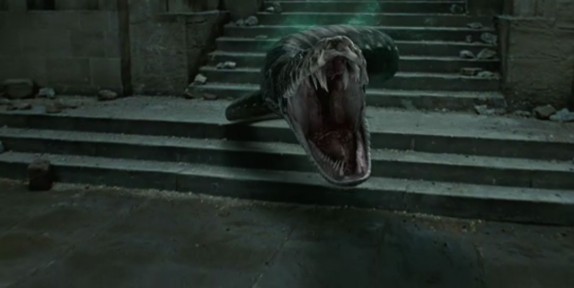 It is a significant achievement that in these days of phoned-in halfhearted sequels making money hand over fist, the filmmakers of the Harry Potter series have taken such care with visual and storytelling elements. It speaks to the commitment and quality of an impressive list of actors and production artists. They all seem to have put their hearts in this one. We as filmgoers should feel all the luckier and appreciative for it. 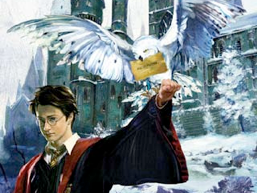 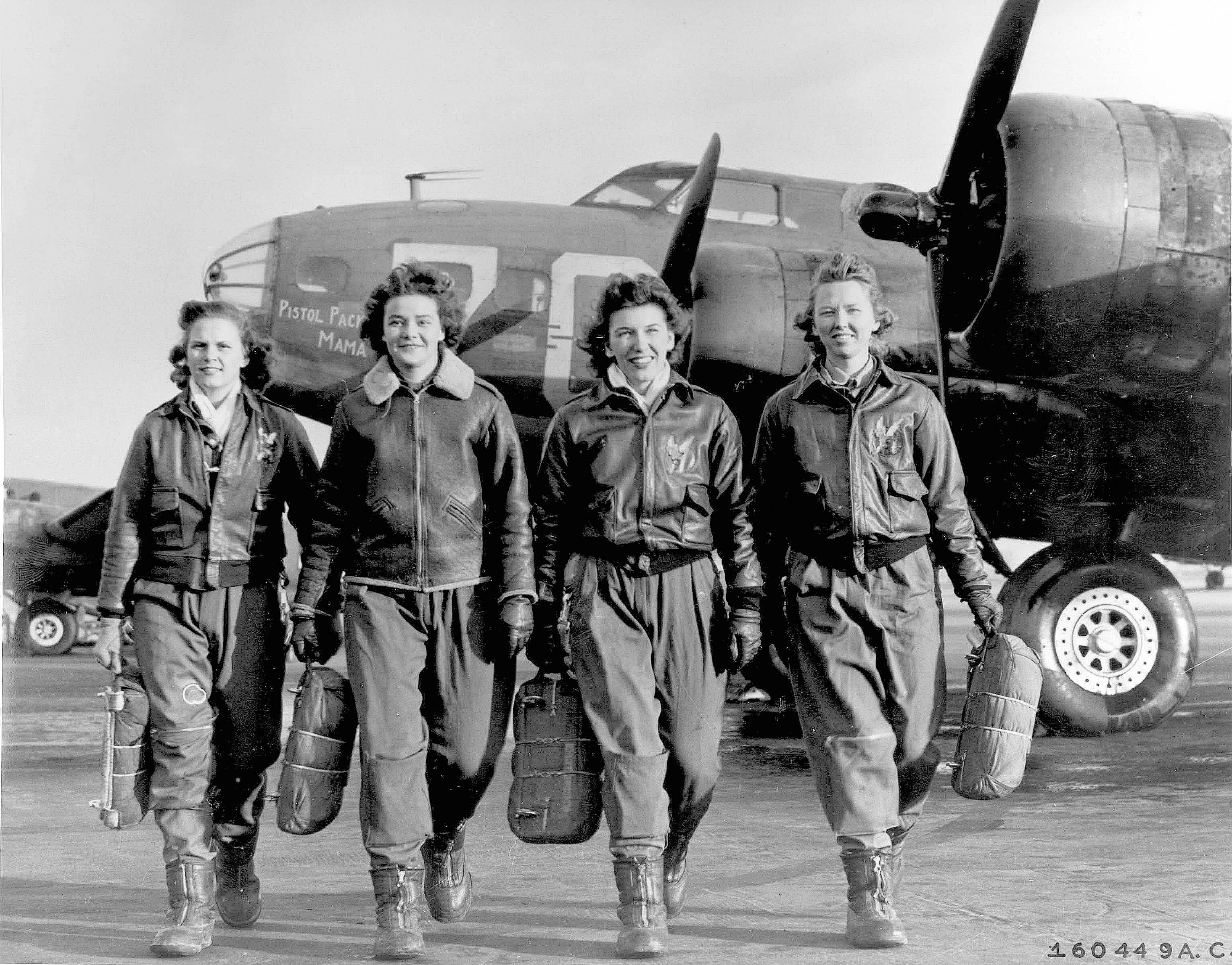 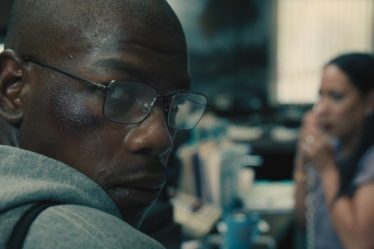