Indie Spotlight: Tucker and Dale vs. Evil ~ A Great Little Movie about Good ‘ole Boys Having a Horrible Day 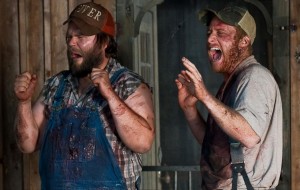 Some people’s favorite day of the year is Halloween by a fairly wide margin. It is now second only to Christmas for holidays with the most money spent in celebration.

Like Christmas, the window for the promotion and sale of Halloween merch is expanding every year. Cinema Siren hollers Huzzah! This gives an excuse to tell you all about a little known movie that’s been flying under the radar; the bizarre mix of over the top spectacle, good spirited bloodletting, and heart warming bro-mance that is Tucker and Dale vs. Evil.
This very funny, very sweet and very bloody splatstick comedy—the passion project and first feature for director Eli Craig—has gotten an aggregate of 90 percent positive reviews on the Rotten Tomatoes film site, and for good reason. It’s the best little movie you’ve never heard of.

The brainchild of Craig and his writing partner Morgan Jurgenson, it was the surprise (blood spattered) sweetheart of last year’s Sundance Film Festival. Touted as potentially doing for rednecks what Shaun of the Dead did for zombies, this indie critic favorite had very humble beginnings, but due to the determination and commitment of writer/director Craig, got financing and limited distribution on the festival circuit, then won a bunch of awards, including the Midnight Audience Award at SXSW, the Jury Prize for First Feature at Fantasia, and Best Motion Picture Award at Sitges.

It built such a cult following of devoted film fans that it is opening in a few mainstream theaters around the U.S. this Friday. It’s also available now to see at home On Demand and for download on iTunes. Let’s hear it for the success of this scrappy junkyard underdog of a movie!
Here is a different and fresh spin on the oft used horror premise that has given hillbillies a bad reputation as crazed killers: best buds Tucker and Dale are venturing for the first time to their new shared vacation home in a dilapidated house in the mountains. They are mistaken for murderous back woods lunatics by partying college preppies who leap to stereotypical conclusions during an encounter at a gas station. Big hearted, inarticulate Dale blunders trying to speak to the leggy blonde girls in the group, and his deer-in-the-headlights look is misconstrued as “dead inside,” and psycho-killer threatening. 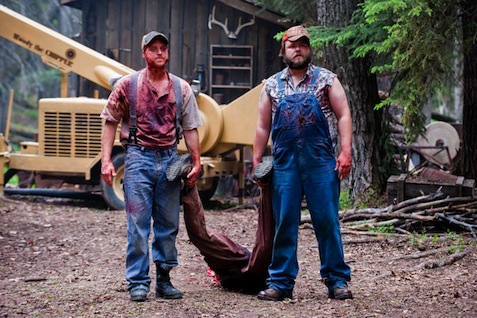 They rescue one of the girls after she is separated from her friends and hits her head falling into the bog-like lake, but the whole thing looks very different to the college kids… “We have your friend”, Tucker informs whoever he hopes is near enough to hear. The kids only see an abduction.

As the misunderstandings grow, so does the body count, often in sickening yet hilarious ways. The less they are mentioned or described here, the more amused those with the right sense of humor will be when they see them, but it’s no spoiler to say in the trailer it shows one member of the party attempting to attack a clueless Tucker and tripping headfirst into the wood chipper. This causes much distress to both the affable friend-to-all Tucker, and the gentle wouldn’t-hurt-a-fly Dale. 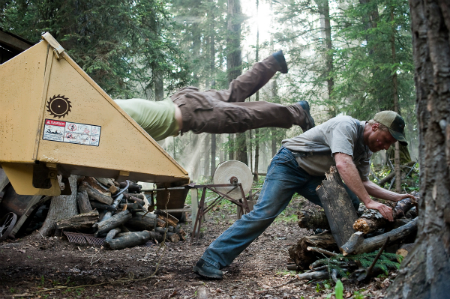 For those who have visited at the shrine of all things gore, there are references to and spoofing of movies like The Hills Have Eyes, The Texas Chainsaw Massacre, and Wrong Turn, and odes to the splatstick classic Evil Dead. To those who can stomach a fair amount of blood in their movies during the Halloween season, but prefer a generally kinder kind of film, Tucker and Dale vs. Evil is actually surprisingly sweet. The way the two lead characters openly show how much they care for each other, support each other, cheer each other on, and stay optimistic in the face of an increasingly bad situation, is something for real males of all ages and their buddies to take to heart. 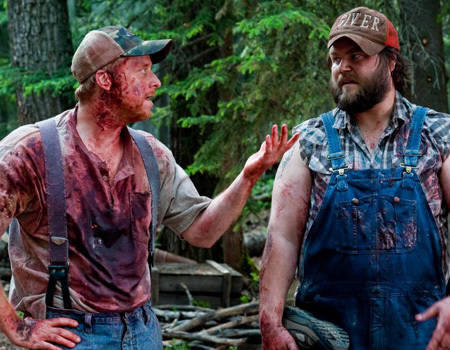 Tyler Labine as Dale and Alan Tudyk as Tucker are both entirely invested in playing more than just cardboard one-dimensional characters. It is their verbal interactions and unspoken reactions to each other that are what make the good, slightly one-gag concept into something much more. It gives the movie its heart and gives us people we want to root for.
Another standout is Katrina Bowden as concussed psyche major and Dale’s potential love interest Allison. She is the sincere hottie with an open heart who’s not afraid to get her hands dirty. She’s the one all the boys wish they could find. It’s not easy to play a dreamgirl character like that without becoming a walking cliche. 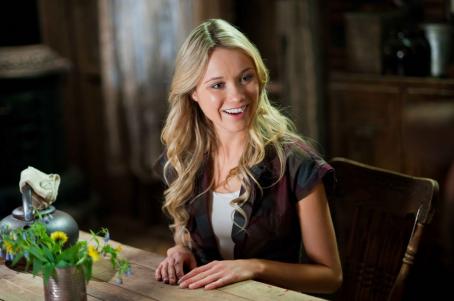 The story of how this little movie has gone from last year’s Sundance to finally being released, all after five years of Craig’s enthusiastically standing behind it, holding out hope about getting backing and distribution after numerous failed attempts, is a grand testament to his own faith in the picture. It should also serve as inspiration for young artists of all kinds to persevere.

Most importantly, though, it’s a highly entertaining and fun little film where you might hiccup with laughter, feel your heart warming, and your stomach turning, all at the same time. No wonder it was so hard to pitch. How many movies can you think of that can do that?
These hillbilly heroes have invited you to celebrate Halloween a little early this year. Cinema Siren says, “Y’all come!” 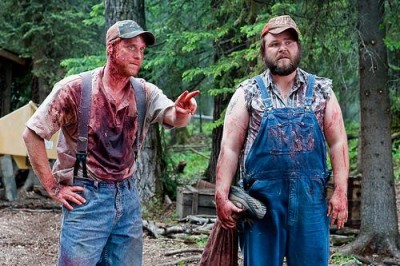 Note: Tucker and Dale vs. Evil is playing at the West End Cinema in Washington D.C., and is available on On Demand and for rent on i-tunes. 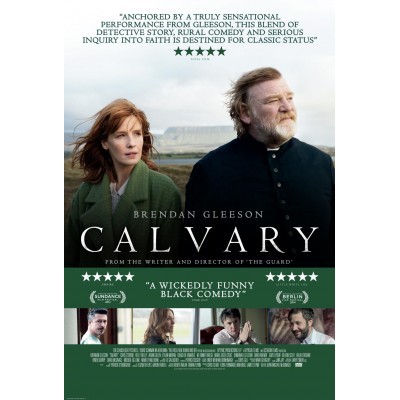